There’s something about a historic cemetery, and there are many throughout the Western District from the small Old Cavendish Cemetery to the large Hamilton (Old) Cemetery. It’s the character of the rusty wrought-iron fences, the weathered headstones, the symbolism, and the display of craftsmanship…even the broken headstones. 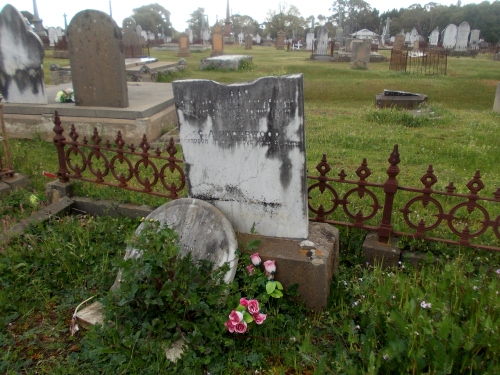 No matter how often I visit a cemetery it looks different depending on the time of day or the season. Like the grave of the Thomsons of Monivae at Hamilton, one I’ve walked past many times. Different times of day see the shadows fall on different sides of the monument or on a winter’s day last year I was welcomed with this cheery surprise 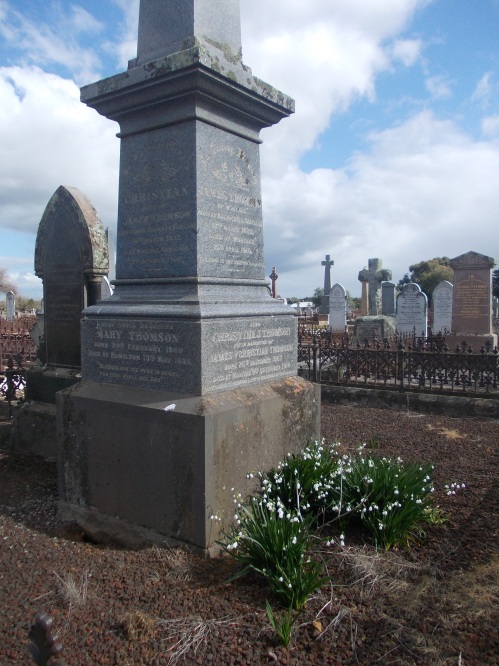 In fact, you never know what you might see… 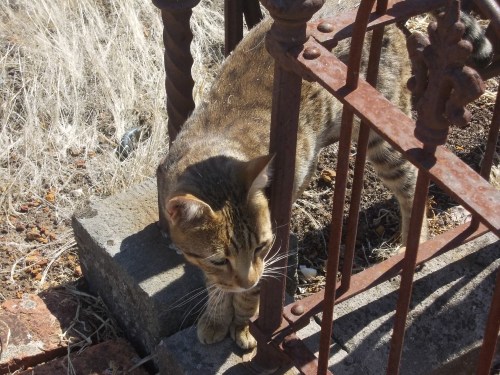 When I visit a cemetery I take photos of as many headstones as I can, the different views across the cemetery and the cemetery sign. Usually, my time is limited so I find myself racing around the cemeteries trying to get as many photos as I can. 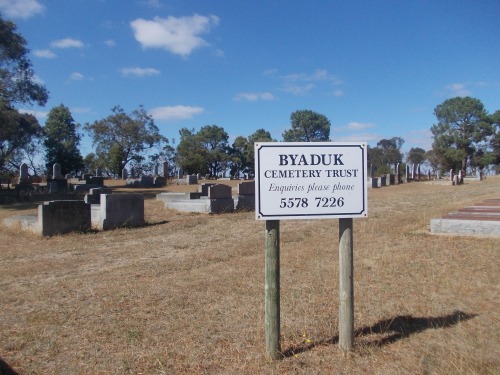 I was pleased to get in five visits to the Hamilton Cemetery this year and last week I took my 1000th photo there. I generally don’t visit with a plan and always walk in the front gate and turn right.  It’s habit.  I’ve been doing it that way since my first visits to the cemetery as a little girl with Nana and her sister.  Their parents are buried to the right of the front gate.  Hamilton also has a confusing layout and no matter how many times I visit, I can quickly lose my bearings.  Sometimes I go in search of a particular grave but even with the maps now available to print at the cemetery website, it usually ends in frustration, so I prefer to wander.

Looking back at my photos not just from Hamilton but other cemeteries, there is a trend. At least until this year. I was photographing the most impressive and easiest to read headstones, usually with familiar surnames. Also, each time I visited I was taking photos of the same graves from similar angles. Since that realisation, at each of the cemeteries I’ve visited this year, I’ve turned my attention to some of the others graves, the broken… 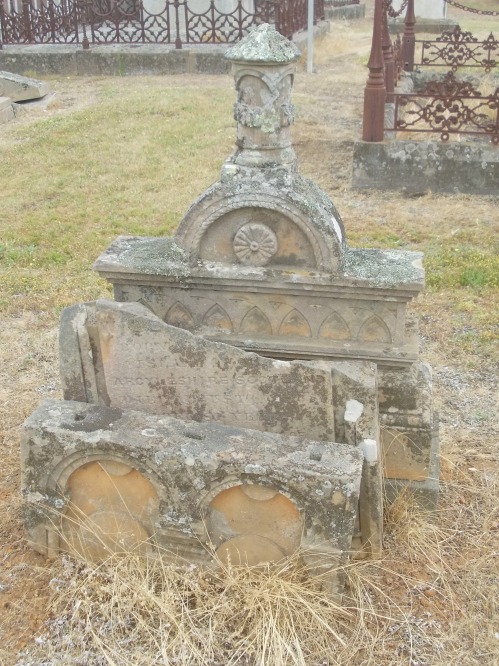 Those difficult to read… 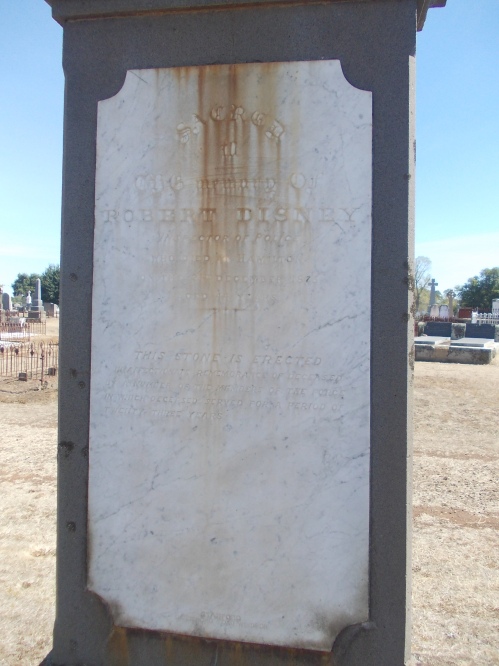 And those I gave a wide berth as a child…the sunken graves.  The grave of my great, great grandparents Richard and Elizabeth Diwell at Hamilton has suffered that fate. 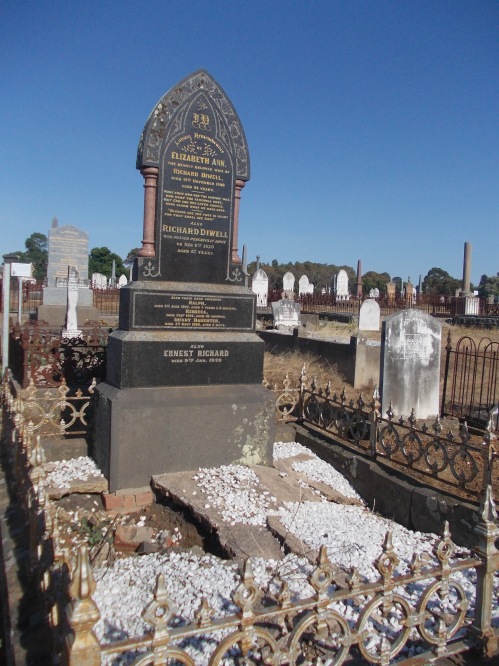 Some headstones are in a fragile state and photographing them now will ensure there is a record in case they deteriorate further. 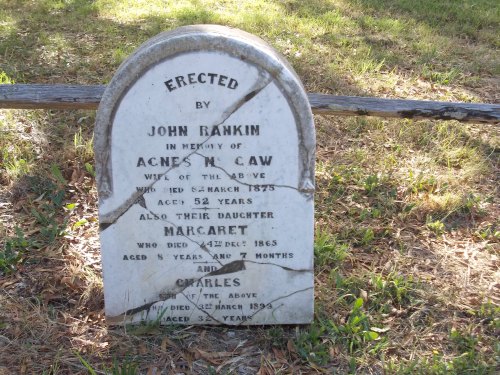 The addition of the searchable records on the Hamilton Cemetery Trust website in recent years has made it easier to identify those buried in graves with illegible headstones. Of course, once identified, I can’t help myself and must have a bit of a search for them at Trove.  What I often find is the most remarkable stories and that’s how the new WDF series Broken Memories has come about.  It began as two parts about broken headstones at the Hamilton Old Cemetery with the idea of adding other cemeteries in the future.

As the stories of the selected headstones have taken unexpected twists and turns, the series has grown to five parts just about the Hamilton cemetery plus an introduction, the purpose of this post. I am really looking forward to sharing this series with you.  Each headstone offers such an interesting but often tragic story and I didn’t expect several parts of the series would intertwine in the way they have.  I also didn’t expect to be doing further research on topics such as Ned Kelly and the Carlton Football Club (that was easy as a Blues supporter) or delving in the afterlife and one of the darkest periods of Hamilton’s history.

And the cat you saw earlier in this post. He’s a bit of teaser for what is to come, because Joseph as I like to refer to him as, has become part of the series. Maybe that’s come about by pure coincidence or perhaps some greater force.  I’ll let you decide when the time comes to properly introduce him.

I intended to launch straight into the stories but I thought some prior explanation was needed. I’ve found misshapen headstones are cause for conjecture.  Photos I’ve posted to social media have prompted comments such as, “Why don’t they fix it?” and “How could they leave it like that?” Therefore, I’ve decided to used this introduction to try and overcome some of the misunderstandings about the operations, responsibilities, and conversation of our cemeteries. 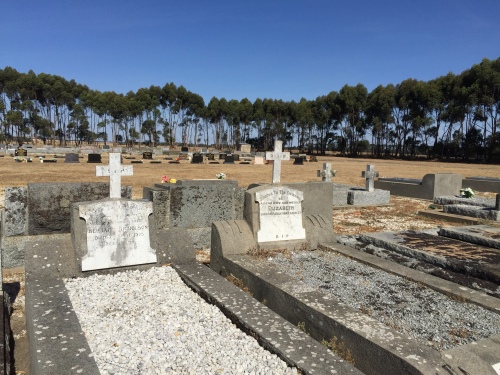 Following, you will find a very broad overview of how Victorian cemeteries operate and some of the reasons a grave may deteriorate.  At the end of the post, there are links to further reading about the finer points of cemetery operations including the exceptions to the rule, along with cemetery conservation from the experts. 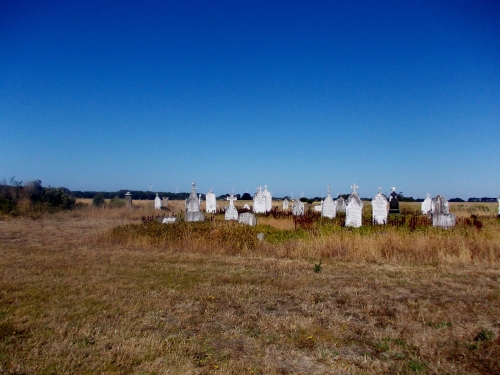 To begin, the land on which a cemetery is located is Crown Land. A Cemetery Trust provides burial services within the cemetery, keeps the records and maintains the cemetery grounds. 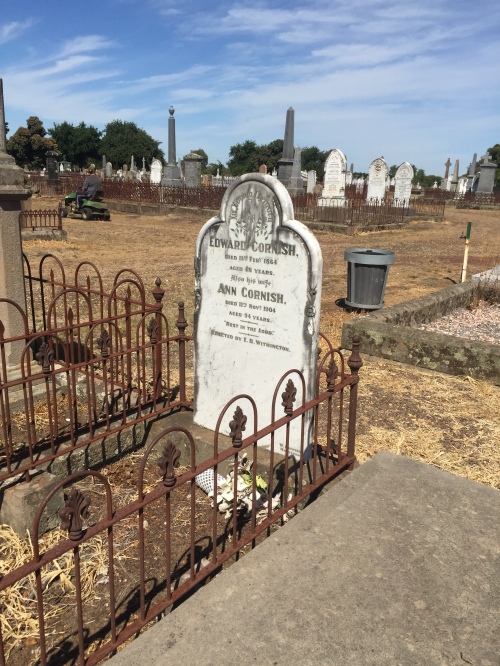 When you or someone else decides for you the cemetery you will be buried in, the plot of land in which you are buried is not purchased by you or your benefactors. It remains Crown Land. However, a Right of Interment is purchased for a plot, giving the holder the right to decide who is buried there and if a monument should be placed on the plot. The holder of the Right of Interment is also responsible for the maintenance of the monument. 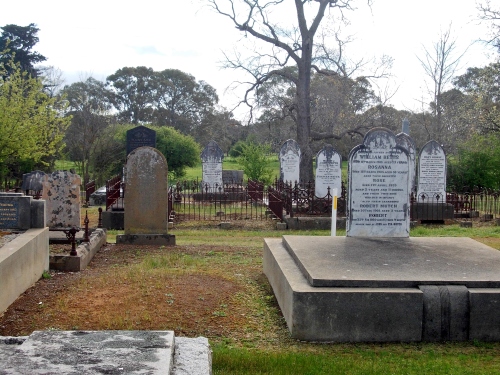 You can imagine at an old cemetery such as Hamilton, tracing the holder of the Right of Internment on many graves would be near impossible, something you will come to see in the stories which follow.  In those cases, if a monument becomes unsafe, the trust with the consent of the Secretary to the Department of Health can deal with it in an appropriate way.

If you hold a Right of Interment and the relevant monument is damaged, you can’t just have it repaired. There is a process to follow and an application needs to be lodged with the relevant cemetery trust. The trust will then accept or refuse the application and in the process, will consider such things as Occupational Health and Safety and the fit of the proposed new monument in accord with the ascetics of the cemetery. 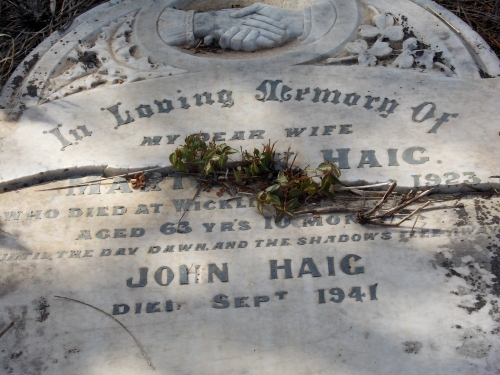 The deterioration of and damage to headstones and monuments can occur for various reasons, from the type of stone used, movement from the ground below, heavy rain or flooding, human hands either intentionally or unintentionally, or simply just time.

In 1903, two earthquakes at Warrnambool within months played havoc with the cemetery.  A report after the second quake suggested almost every headstone was damaged in some way and those repaired after the first quake were unlikely to be repaired again. 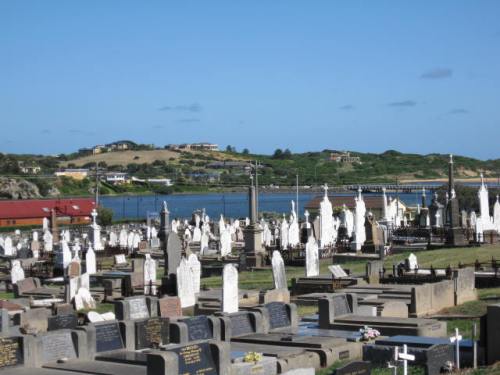 I encourage you to visit some of the historic Western Cemeteries cemeteries not only to find family but to learn about the past and in some cases, enjoy the view. 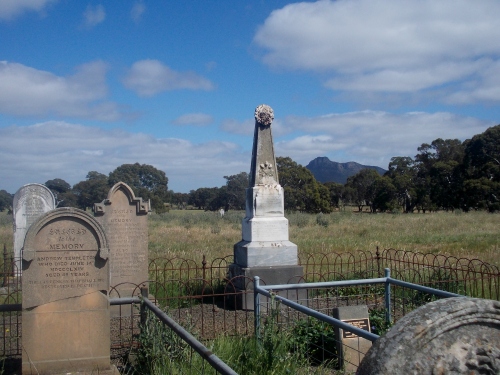 In making that suggestion, the phrase “Take Only Photos, Leave Only Footprints” comes to mind.  But watch where you leave those footprints. Keep to the paths or defined rows where possible because beneath your feet could be someone who was once like you and me, as you will see in a series I have planned about unmarked graves.

I hope you enjoy the Broken Memories series. Three stories are now available to read. Click on the underlined part numbers to read more:

Part 1: The tragic story of the Hing family of Warrnambool and Hamilton. 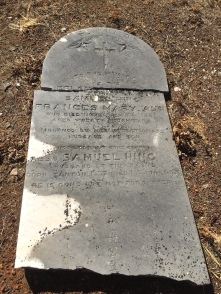 Part 2: A story of Joseph Lissiman, an Anglican Lay Reader at Dunkeld, a ghost and the beginnings of a diphtheria outbreak in the Hamilton district, leading into the next part. 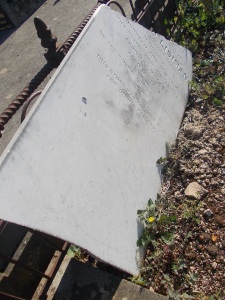 Part 3:  Thomas Gorman and his family were victims of the diphtheria outbreak. Thomas had an interesting past as a founding player for the Carlton Football Club and an encounter with the Kelly gang. 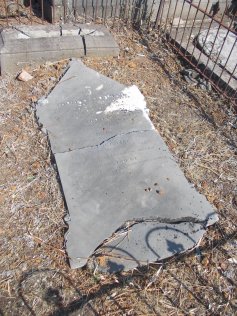 In Memoriam, A Guide to the History and Heritage of Victoria’s Cemeteries by Garrie Hutchinson (2014)  includes the location of all cemeteries in the Western District with further information and significant graves at selected cemeteries including Camperdown, Branxholme, Casterton and Glenthompson

National Trust Guidelines of Cemetery Conservation 2nd Ed. 2009 (NSW Branch) While it is based on NSW legislation, there is some great information about historic cemeteries, monuments and symbolism. Also an interesting section with photos dedicated to broken graves and how damage can occur

One thought on “Broken Memories…An Introduction”