Matthew Joyce was the son of John Mark Joyce and Rosanna Brown of Branxholme and Wallacedale. Life was tough for the Joyce family.  In 1901, when Matthew was twelve, his father was insolvent. At the age of twenty in 1909, his mother Rosanna died at Hamilton from cancer aged fifty.  By 1913, Matthew was living at Wallacedale and the following year, his father’s property sold at a mortgagee’s auction.

Matthew enlisted in July 1915 and on 5 August, he and five other men were given a send-off at Hamilton’s Foresters’ Hall before leaving for Melbourne the following day on the midday train.  He departed Australia with the 14th Battalion, 12th Reinforcement in September.

Three months later, Matthew’s brother Thomas enlisted at Fitzroy on 13 December 1915 with the 24th Battalion. Meanwhile, Matthew was in Egypt and on 16 March 1916, joined the 46th Battalion.  After some time training, the battalion left for France arriving on 8 June. On 28 July, Matthew sprained his ankle near Herissart in northern France while the battalion was marching west to their billets at Vignacourt.  Matthew went to hospital in Rouen and didn’t return to the battalion until 7 September 1916 while they were at Beauval, north of Amiens, France.

By April 1917, the 46th Battalion was further east at Bullecourt and close to the Hindenburg Line.  An operation was planned for 10 April to attack the Hindenburg Line but postponed until the following day due to the weather.  Located just east of Bullecourt, the battalion received orders at 4:30 am to move up to the  “jump off” trench and wait for the call to move forward. Supported by four tanks, the role of the 46th was a mopping up party for the tanks.  The tanks failed to meet their objective and there was “massive” counter-attack at 11.30 am.  AT 9.30pm the battalion moved back to Vaulx-Vraucourt. 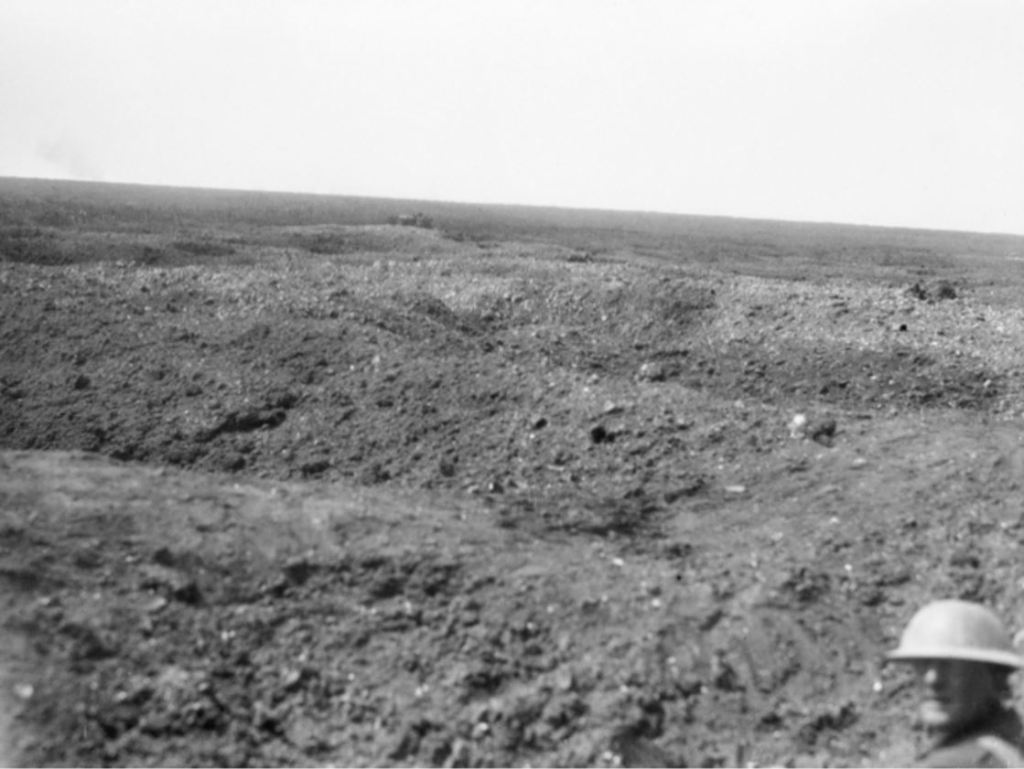 THE AREA WHERE THE AUSTRALIANS ADVANCED ON 11 APRIL 1916. A TANK IS SEEN IN THE DISTANCE. Image courtesy of the Australian War Memorial. https://www.awm.gov.au/collection/E00637/

For the battalion, the casualties from the operation were large with forty-three killed, one hundred missing, 206 wounded and thirty-eight wounded and missing.  On a larger scale, there were 3,300 casualties from the Australian 4th Division. Due to heavy machine gun fire, most casualties from the 46th Battalion came in the 650 metres between the jumping off point and the objective. During that time, Matthew was running forward when shrapnel hit him in the thigh about 100 metres from the German trenches. Then a shell landed beside him almost burying him.

Matthew was reported missing and the Defence Department attempted to tell his father but he couldn’t be located. Instead, they advised Matthew’s sister, Mrs Jane Dunn of Dinwoodie Street Hamilton.  By August, Jane had more bad news when told her other brother Thomas was also dead as a result of an accident in France on 1 June.  Three months later, Jane received further news when a court of enquiry determined Matthew was killed on 11 April 1917.  His body was never recovered.

In 1918, the Defence Department was again looking for John Joyce. Jane Dunn advised them she had looked for her father for months and she believed he wouldn’t know about the deaths of his sons.  He was eventually tracked down around 1921 living at the Commercial Hotel in Elizabeth Street, Melbourne.  From around 1924, John was living in a boarding house at 220 A’Beckett Street where he died in 1927 aged seventy-one.

Matthew is remembered on Hamilton’s War Memorial and a tree was planted along Hamilton’s Anzac Avenue.