William John Austin was the son of a carpenter, Jonathan William Austin and Jane McQueen.  He was born in Hamilton in 1895 and the family lived in Goldsmith Street.  William attended Hamilton State School then moved to Adelaide to take up work for Messrs. Stanley Mullen & Co. as a commercial traveller.  In 1914 William married Gertrude Kirby of Leongatha.

On 10 September 1914, William enlisted at Morphettville in Adelaide and left Australia with the South Australian contingent of the 4th Field Ambulance, arriving at Alexandria, Egypt in early 1915.  The 4th Field Ambulance was part of the landing at Gallipoli on 25 April 1915.  It was at Gallipoli, that William was shot in the shoulder, damaging his lung.  It was then persistent health problems began.

On 26 May 1916 while in France, William gained a promotion to Corporal.  Although he had issues with bronchitis and other illnesses, it was found William was still fit for active service and was moved to headquarters in Rouen, France.

Another of William’s family enlisted his mother’s brother George McQueen, serving with the 14th Battalion.  Lieutenant McQueen of Hamilton was killed in France on 29 March 1917

As the war drew to a close, William was in England and set to return home.  However, he fell ill and was hospitalised with influenza, which claimed his life on 11 October 1918.  He was buried in the Harefield (St Mary) Churchyard in Middlesex England. 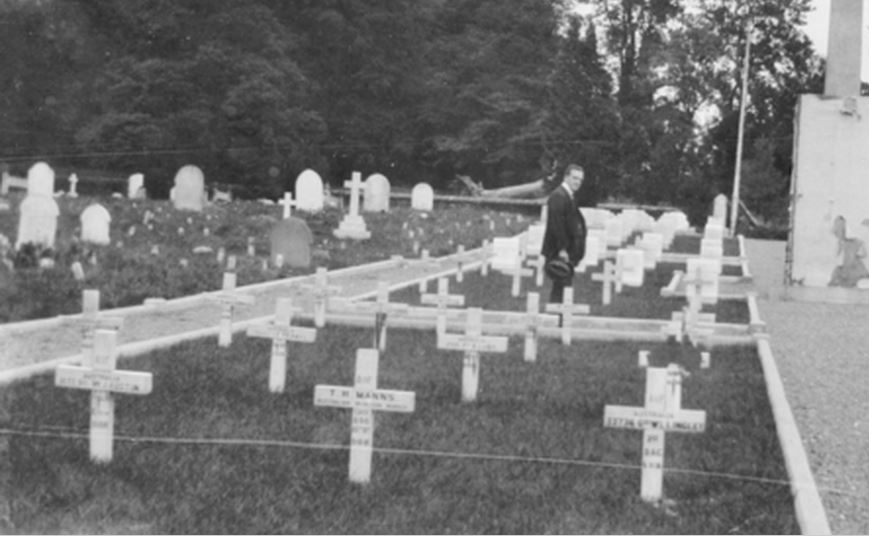