John Younger, known as Jack, was born at Dimboola in 1879 to William Maitland Younger and Laura Wiggins.  In the years prior to Jack’s birth, William operated a store in Thompson Street, Hamilton.  He and Laura had married in 1879 at the home of Laura’s uncle James Wiggins who was elected Mayor of Hamilton the following year.  By the late 1880s, the Younger family had moved back to Hamilton and William was the manager of Young Bros. stock and station agents.

Jack also went to work for Young Bros. and that took him to Naracoorte, South Australia. In 1903 he began work with the Naracoorte branch of Dalgety & Co. Ltd and went on to manage the branch’s stock & station agency. It was in Naracoorte, Jack met Eva Taylor.  They were married at Naracoorte in 1906. By the time war broke in 1914, the couple had four children. Marie Afflick born in 1907, Margaret May in 1908, William Robert in 1909, Allan Thomas in 1910, and John Preston in 1914.

Jack enlisted on 1 October 1915. He went in with two years of service with the Senior Cadets and two years with the local Light Horse Regiment reaching the rank of Lieutenant.  Jack was sent to camp in Adelaide and Eva and the family moved there to be closer.  A daughter Nell Philomena was born in Adelaide in 1916 and a son Jack was born in 1917 also in Adelaide.

On 30 October 1917, Jack left Australia from Melbourne on the Aeneas 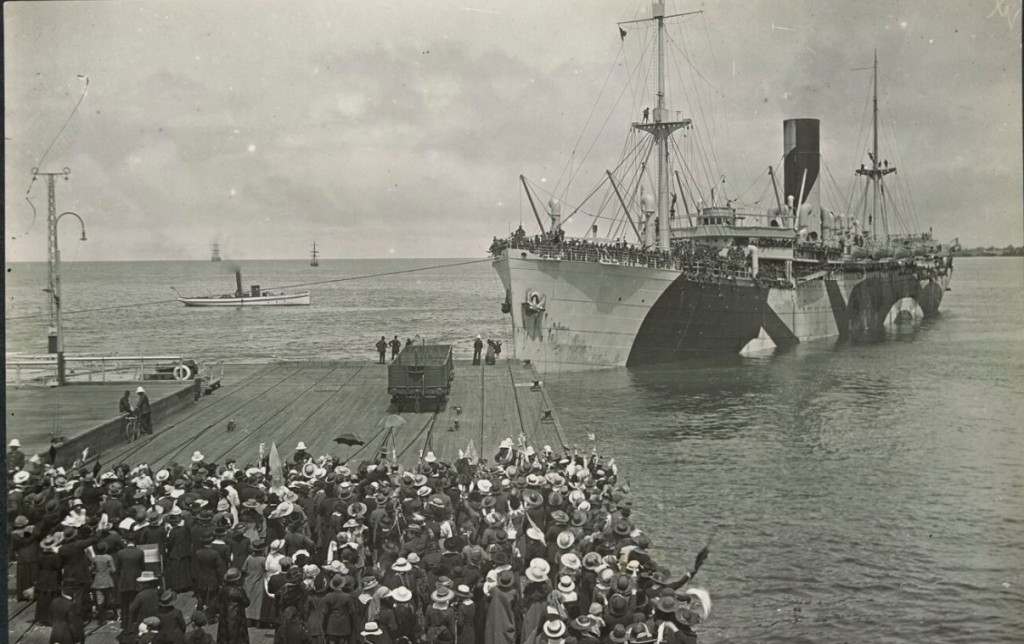 He was sick with influenza on the way and spent two weeks of the journey in the ship’s hospital.  He arrived in England just after a Christmas and spent the next four months in training.  On 20 April, Jack arrived in France and met up with the 10th Battalion on 4 May1918.  They were near Strazeele in Northern France and in the trenches. On 1 June, John was promoted to Lieutenant but soon he again contracted influenza and was hospitalised. He was able to rejoin the battalion on 21 July 1918 near Merris.  The battalion had been working hard, capturing enemy troops and their

On 1 August, the battalion was on the move and by 9 August arrived at Harbonnieres. Early the following morning, orders were received that an advance on Lihons would take place.  It began at 6.30am and it was clear early on there was a problem for those who were advancing Crepy Wood. (below) with heavy retaliation from the enemy. The advance was called off until the next day, however, by that time the 10th Battalion had lost three officers and twenty-nine other ranks.  It’s likely Jack Younger was one of those three officers killed on 10 August.

THE 10th BATTALION IN A TRENCH AT CREPY WOOD ON 10 AUGUST 1918. Image courtesy of the Australian War Memorial https://www.awm.gov.au/collection/C43261?image=1

Jack was buried near where he fell but was later exhumed and buried at Heath Cemetery, Harboniarres.  The inscription on his headstone reads “Mourned by loving wife and six children in God’s care”

In 1936, Eva was living in the Adelaide suburb of Kingswood with her oldest daughter Maria and youngest son Jack Jr.  Jack Jr served with the RAAF during WW2 while his older brother John was with the 2/3 Machine Gun Battalion.  Eva Younger died in Adelaide in 1970.