Edward Anderson was born at Kew in 1886, a son of surveyor Edward Anderson and Florence Handfield.  He attended Melbourne Grammar and was a member of St Paul’s Cathedral boys choir and was a soloist. The family lived at 32 Jolimont Terrace, Jolimont (below).

When older, Edward was an active church worker at Holy Trinity Church, East Melbourne and sometimes was the emergency organist. He was also the first honourary secretary of the Old Melbournians football team  He started working with the National Bank as a teller and around 1908 transferred to the Hamilton branch of the bank. 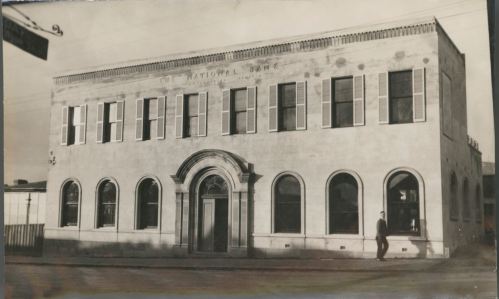 Edward was an active community member while in Hamilton. He was involved with the Australian Natives Association (ANA) and occasionally played the piano for them. and he attended Hamilton’s Christ Church Anglican Church He played cricket for the Cambrian Cricket Club, football for St George’s Football Club, tennis, table tennis, and ran with the Hamilton Harriers. He even played competitive chess. It’s not surprising he was nicknamed “Sport”. Sadly, his sporting activities came to a sudden end on a cold Saturday afternoon in July 1912. St George’s was playing the Caledonian Football Club at Melville Oval. Edward was playing well until the second quarter when he took a knock to his knee.  It was a bad injury and he didn’t play for the rest of the season.

Prior to the opening of the 1913 season, St George’s Football Club announced Edward was still “laid up” and receiving medical treatment on his knee eight months on.  It was decided to hold a fundraising benefit for Edward on 3 May 1913. The day included two matches, the opener the auctioneers vs bankers followed by St George’s Football Club vs a combined XVIII of players from the remaining clubs. The football was preceded by a fancy dress procession from the Hamilton Fire Station to Melville Oval with the players of the four teams joining in led by the Hamilton Brass Band.  Edward was presented with £38 as a result of the day. 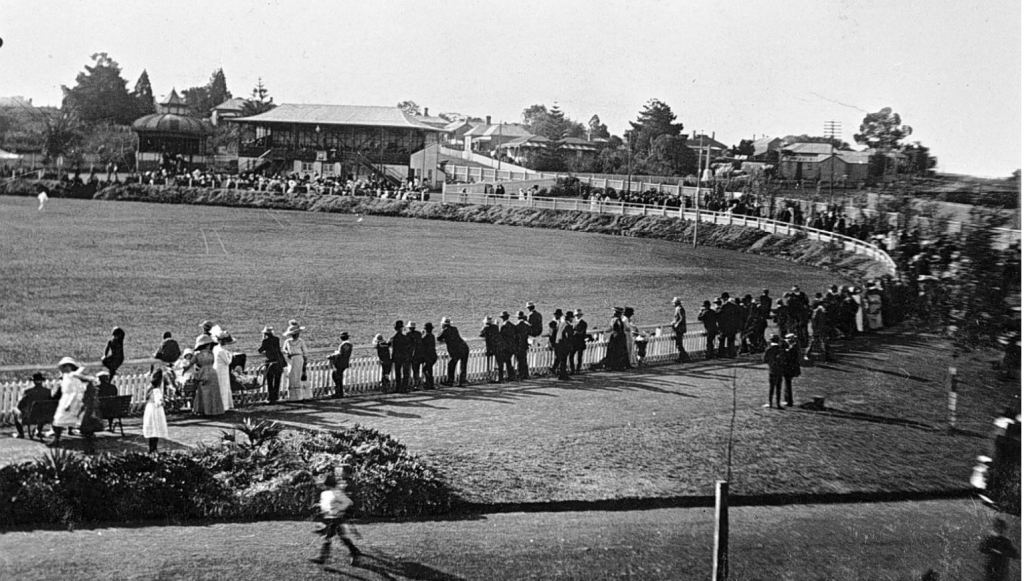 Edward transferred to the National Bank branch in Geelong. He attended the All Saints Church in Newtown and when the vicar put out a call for Sunday School teachers, Edward volunteered and went on to become superintendent of St Peter’s Sunday School in Chilwell. War broke and Edward enlisted but was rejected due to his knee injury. Enlistment requirements were relaxed in June 1915 due to the great losses at Gallipoli and Edward tried again and was successful.  In August 1915, he returned to Hamilton and was given a send-off at Hamilton’s Railway Hotel where he was presented with a watch as a memento.

Edward left Australia on 11 October 1915 for Egypt. On 28 March 1916, he was promoted to 2nd Lieutenant and on 29 May he transferred to 57th Battalion.  In January 1916, Edward’s younger brother William enlisted and left Australia in March 1916 as a Captain with the Australian Flying Corps No. 1 Squadron.  Edward left for France the following month arriving on 24 June 1916.  Less than a month later he was missing.

The 57th Battalion was at Fromelles, France preparing for their first major battle, set down for 19 July. Australian’s 5th Division made their advance at 6pm and was soon hit with German machine gun fire. There were more than 5,500 casualties and 123 men taken as prisoners.  No one knew what happened to Edward on that day.

On 5 August 1916, the Hamilton Spectator published the news Edward was missing.  Edward’s younger brother Arthur began making enquiries from Australia.  Lieutenant Colonel H. Stewart wrote back that a Board of Enquiry had decided “Unless 2nd Lieutenant E. H. Anderson can be traced in the hospital records or is reported as a prisoner of war he was killed in action.  I regret to state that I am of the opinion that he was killed in action”

Enquiries continued. Most of the information received was from men from the 57th Battalion in English hospital recovering from wounds received at Fromelles.  William Pitts wrote from his hospital bed in Harefield, England on 25 August 1916, Edward “…was the coolest man you ever saw…do not know what become of him.” Martin Mahoney of the 57th also wrote from his hospital bed at Southend, England on 28 August, Edward, “…went over with the 59th battalion and was seen in front, out in the open badly wounded to the abdomen.  He could not live and we left him there.  We had to.” Archibald King of the 57th Battalion D Company from a hospital in Oxford wrote on 11 September 1916, Edward “…wasn’t supposed to go over but I suppose he got a bit excited so many getting wounded…so he went over with the crowd and wasn’t seen again”

From James Mahoney of the 57th Battalion,

Private Cyril Reed of Geelong and the 57th Battalion stated “Lieutenant Anderson was wounded, and afterwards he went out to No Man’s Land three times and brought back wounded men. The third time he was again wounded, and he persisted in going out a fourth time, though the men tried their best to persuade him not to do so. However, he did go and was killed by machine gun fire. He fell in No Man’s Land and was left there, as it was impossible to get him. About a fortnight before this engagement, “Gertie”as his men called him, was kicked on the jaw by a horse, and had a bad face.”

Image courtesy of the National Archives of Australia https://discoveringanzacs.naa.gov.au/browse/records/263307/28

It seems clear, Edward was with the 59th Battalion on the day of the attack and was last seen near No Man’s Land.  His body was never recovered.

THE BATTLEFIELD AT FROMELLES WHERE EDWARD ANDERSON FELL ON 19 JULY 1916. Image courtesy of the Australian War Memorial https://www.awm.gov.au/collection/C967694

On Wednesday 24 October 1917, a gold cross at the Holy Trinity Church in East Melbourne was dedicated to the memory of Edward Anderson.  He was remembered as a “singularly modest and retiring man.” He was also remembered on the Melbourne Cricket Club Roll of Honour, the Melbourne Grammar School Honour Roll and Hamilton’s Christ Church Anglican Church Roll of Honour

Edward’s mother Florence died in 1937 aged seventy-seven and his father Edward Anderson lived on until 1942 when he died at the age of ninety-five. Edward’s brother William went on to become an Air Vice Marshall with the RAAF.