Stella Malcolm was born in Kerang in 1886, a daughter of Henry Charles Malcolm and Mary Jane Blyth. The Malcolm family had moved to Hamilton by 1891 when younger sister Edith was born.  Henry Malcolm held a public service job as Lands Officer for the Hamilton district.  Stella attended Miss Younger’s private school in the Foresters Hall in Brown Street.  She also attended the Christ Church Anglican Church Sunday School but later attended the Wesleyan Methodist Sunday School.

A keen pianist, Stella had lessons from Miss Betts. In 1888 she was awarded a junior honours certificate for her piano exam. As part of the Band of Hope Jubilee Juvinille flower show in the Temperance Hall in 1897, she won first prize for her piano piece, “Shepherd Evening Song”.

In late 1901, Henry received a promotion seeing the family leave Hamilton in early 1902 for Armadale in Melbourne.  By that time Stella was sixteen.  At some time, however, she trained as a nurse, most likely at Hamilton Hospital.  She completed her final nursing examinations at Hamilton in 1908.

Stella’s brother Norman enlisted in May 1916 and in September 1916 she followed, enlisting with the Australian Army Nursing Service.  She left Australia on 6 December 1916 for England arriving in February. She went to the No. 2 Australian General Hospital (AGH) at Southall. She then left for France, arriving at the No. 2 AGH at Rouen on 5 March 1917 and then to No. 3 AGH in July.

Stella went close to the action when she spent three months with the No. 1 Casualty Clearing Station near Bailleul in Northern France from 23 September 1917. On one occasion during her time there, enemy planes fired machine guns at the camp.  Stella returned to the No. 3 AGH at Abbeville during December 1917.  After leave in England during January 1918, Stella returned to France and remained with the No. 3 AGH. She was sick in late June and hospitalised for two weeks. The war ended and Stella stayed on in France. She was promoted to nursing sister in December 1918. She returned to Australia on 8 August 1919.

Once home, Stella found her brother Norman and sister Edith had returned home in the months before.  Younger brother Eric returned on 4 July 1919. Upon his return, the Malcolm siblings were able to come together for the first time in three years for this beautiful photo. 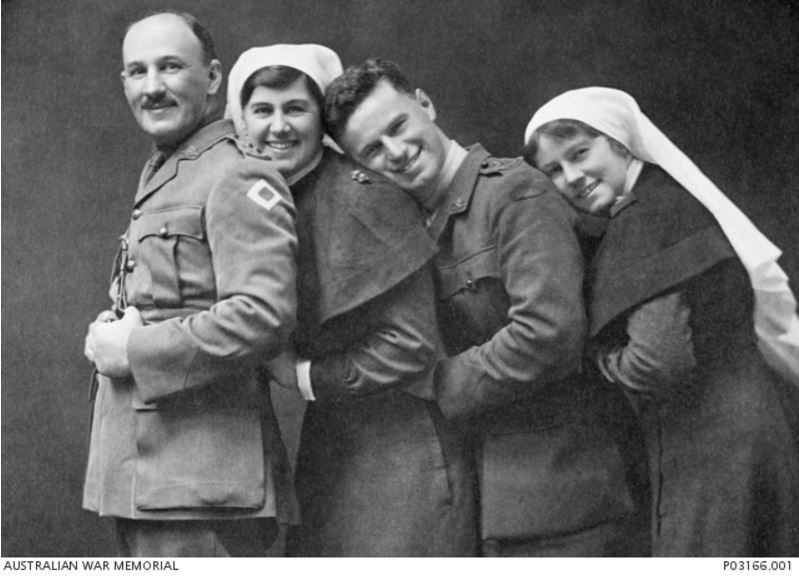 THE MALCOLM SIBLINGS WITH STELLA 2ND FROM LEFT. Image courtesy of the Australian War Memorial https://www.awm.gov.au/collection/C390054

Stella lived with her parents and sister Edith in Bamfield Street, Sandringham where her father Henry died in 1925. Stella worked for five years for the Melbourne City Council. In 1935 she was appointed to the position of matron of Queens College at Melbourne University.  Stella remained involved with the returned nurses and was on the committee of the Returned Army Nurses Club. . In 1933 she was the honouary secretary of the nurses’ club. She retired from the committee the following year.  She took part in the 1931 and 1934 Anzac Day procession and in 1941, she attended the Edith Cavell Memorial Service.