The Christ Church honour board was unveiled on Sunday 17 June 1917 by the Right Reverend Bishop Green.

Joining the congregation were Borough of Hamilton Councillors, returned servicemen, and YMCA members. 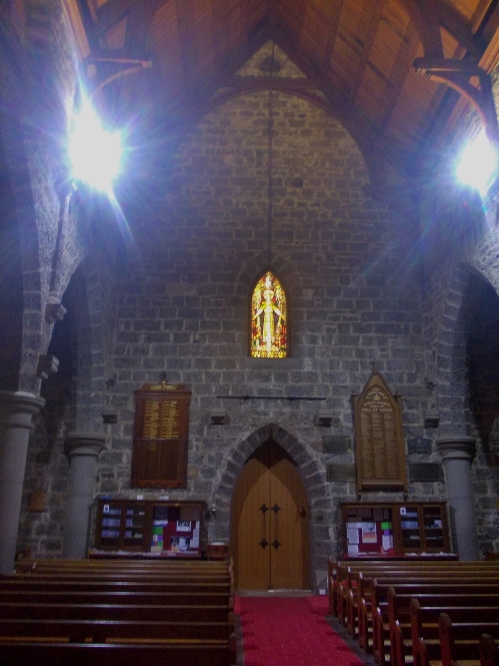 The board had 145 names of parishioners of Hamilton’s Christ Church. Fifteen of those would not return.  Each name was on a separate strip of oak enabling them to be removed. That board was different from the honour board at the Christ Church today.  It now has the names of 163 men and women with thirty-two of those having fallen or died.  The names are gold leaf directly on the board.

Also unveiled on 17 June 1917 was an altar railing dedicated in memory of the men who had given their lives and a memorial window for Percy Beaumont Osborne.  Percy was the step-son of Ven. Archdeacon Harris of Christ Church.  The two figures on the window were St John representing love and St Alban representing courage. 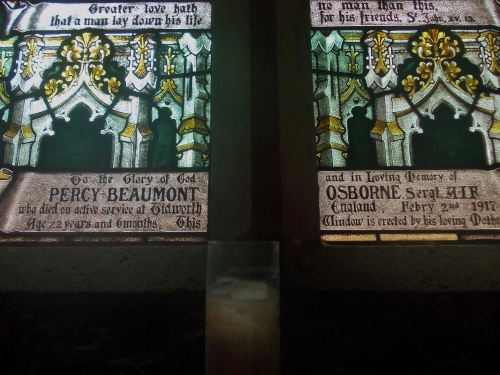 The 163 names on the roll, 156 men and seven women, are listed below.  They appear on the roll with surname first followed by first and second initial. The christian and middle names given are according to the initials on the board. The rank and battalion at the time of discharge are given as listed on the Australian Imperial Force Nominal Roll. Click on underlined names for a biography. 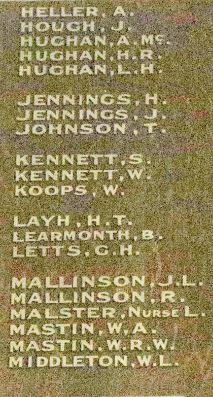 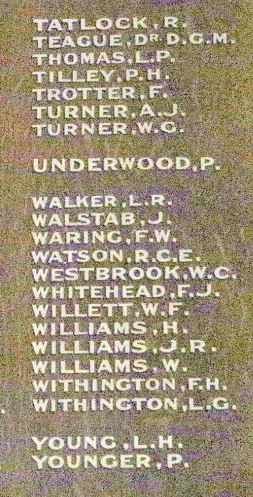 DOHLE, E. – Most likely Edmund Dohle brother of Alfred Dohle listed among those who died. Edmund Dohle was also among the fallen, killed in action on 4 October 1917 at Passchendaele Ridge, Belgium while serving with the 38th Battalion.

HOUGH, J. – Possibly Joseph Hough only son of Charles Hough and Jane Cain of Hamilton. No record of service was found.

JOHNSON, T. – Possibly Thomas Johnson who worked for the Hamilton branch of the Colonial Bank from c1908 to 1911.  No record of service was found.

RAMSYIER, F – Possibly Fred Ramseyer, connected to Telangatuk  East and a member of the Balmoral Rifle Club, however, his religion was given as Presbyterian.  There were no enlistments under the name of Ramsyier. No record of service found for Fred Rasmseyer.

TURNER, Albert John – Listed as A.J.Turner but he enlisted as John Albert Turner

WARING, F. W. – Most likely Frederick Charles Waring (Cpl) of the Australian Postal Corps who died of illness in May 1919 in London while still enlisted.