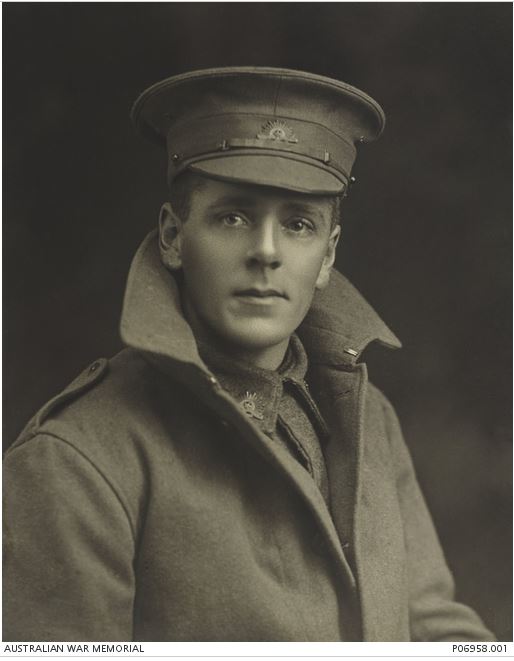 Charles Stewart was the youngest son of William Stewart and Julia Lyall of Byaduk.  In 1907,  William Stewart passed away at Byaduk and Julia moved into Hamilton, residing at Burnsville in Burn Street.  Meanwhile, Charles and his brother Gordon were venturing to the Pilbara in Western Australia (WA) to join their brother John Lyall Stewart who ran Warralong Station where the two worked as station hands.  By 1916, Charles and Gordon had moved to the far south of WA to work for their uncle, pastoralist David Stewart, formerly of Victoria.  David owned Pallinup at Broome Hill, just north-east of Albany.

In 1917, Charles returned to Victoria to enlist on 23 June.  He went back to Byaduk where he was given a send-off by the local community at the Mechanics Hall as reported by the Hamilton Spectator of 11 August 1917.  Mr Scott, the chairman, said he had known Charles since he was a born and although he had left for Western Australia for some years,”…he had come back again to his native district and enlisted, and his friends were proud to claim him as a Byaduk boy”.

Charles embarked overseas with the 6th Battalion, 25th reinforcements on 4 August 1917 and disembarked at Glasgow, Scotland where he was hospitalised with mumps. He then proceeded to France on 12 February 1918 and was in the field by the 18 February near Lottinghem, France where the battalion was taking part in training.  By August 1918, the battalion was preparing for the Battle of Amiens which began on the 8 August.  The following day, the 6th Battalion were continuing their advance forward beginning at 8 am through to the late afternoon.  At that time, Charles’ company was near the village of Pozieres, in reach of the German lines.  They dug themselves in but had no real shelter.  One of the officers was hit by German gunfire, and Charles went to his aid, bandaging his wound, fully exposed to the German onslaught.  Charles was hit by sniper fire and died instantly.

On 6 September 1918, a notice was published in the Perth newspaper the Western Mail:

In November, Julia Stewart received a letter to her home in Burns Street, Hamilton from one of the soldiers with Charles at the time of his death, describing the events.  Published on 26 November 1918 in the Hamilton Spectator,  Samuel Kendall Knuckey of Fitzroy told Julia her son “…never knew what fear was, and every man in the company says the same”.

Julia Stewart passed away in Hamilton in September 1924 aged eighty-one, two years before Charles’ name was unveiled on the Hamilton War Memorial.  John Lyall Stewart, an older brother of Charles, was killed in a Qantas plane crash at Belmont, Queensland in February 1942. 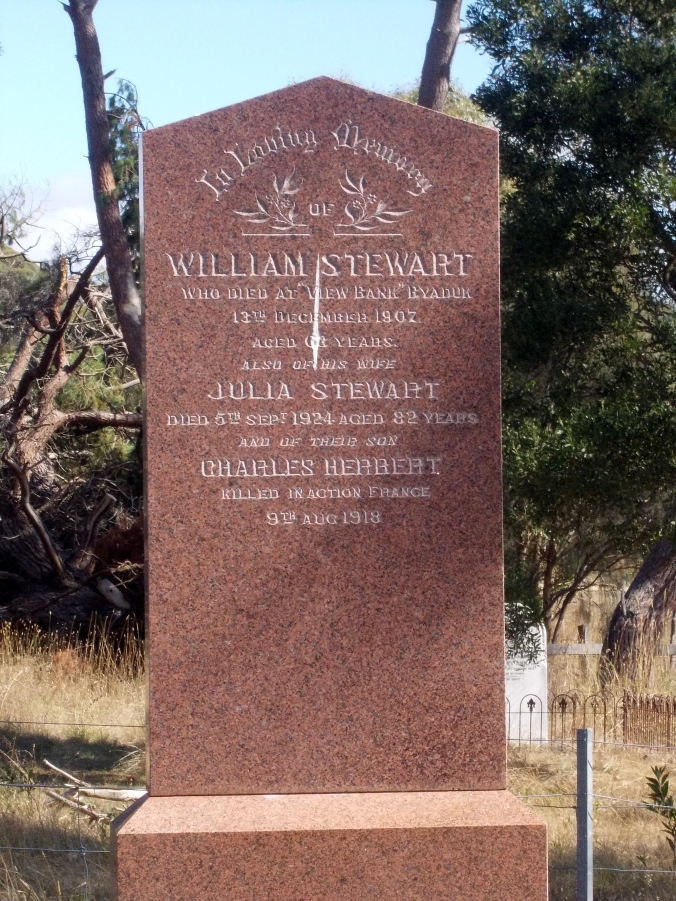