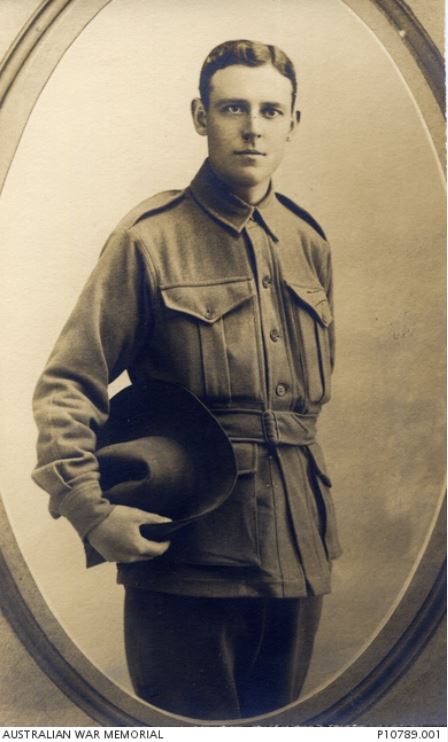 Hubert Graves was born at Merino in 1887, a son of policeman Edwin Graves and Agnes McElroy and one of nine children of the couple. Edwin, who started his policing career in Hamilton, was stationed at Merino from 1887 and by 1889 stationed at Portland.  In 1892, he was appointed gaoler at the Portland Gaol.  In February 1900, Edwin took up a sub-inspector role in Melbourne but by the end of 1900, the family were heading back to the Western District when Edwin was promoted to sub-Inspector of the Warrnambool district. While in Warrnambool, Hubert attended Warrnambool College.

Edwin was again promoted in 1904 to Inspector and the Graves family returned to Melbourne.  Hubert was seventeen by that time. They first lived in Carlton and then Harding Street, Coburg.  Hubert worked for an auctioneer’s business as a commission agent and was a member of the Coburg ANA. He played tennis for Coburg’s Holy Trinity Church.

When war broke, Hubert was among the early enlistments.  He left for Egypt arriving on 30 April 1915 and then went to Gallipoli on 3 August. While at Gallipoli, Hubert was transferred to the 2nd Field Artillery Brigade.  He injured his back in October and sailed to Egypt for a stay in hospital at Heliopolis.  He was discharged in November and took up base duties.

Back at home, Hubert’s younger brothers had enlisted. Eric, a doctor with the 11th Field Ambulance and Richard with the 5th Battalion. His parents had moved to Benalta in Nimmo Street, Essendon and it was there in December 1915, Hubert’s mother Agnes died.

In April 1916, Hubert transferred to the 45th Battery, Australian Field Artillery and in October 1916, Hubert went to France. Over the next year, Hubert spent time in France and Belgium. On 4 December 1917, he was back in France and was promoted to Battery Quartermaster Sergeant. Just after a midday a bit over a week later, men were unloading a supply truck near Steenwerck, France.  One of the men picked up a bomb lying on the ground close by.  After examining it, he dropped it back on to the ground.  The bomb exploded killing five men instantly and wounding another five.  Hubert was hit in the right thigh. He was taken to the 2nd Australian Casualty Clearing Station at Trois Arbres (below) but he died from his wounds.

Hubert was buried at the Trois Arbres Cemetery (below). 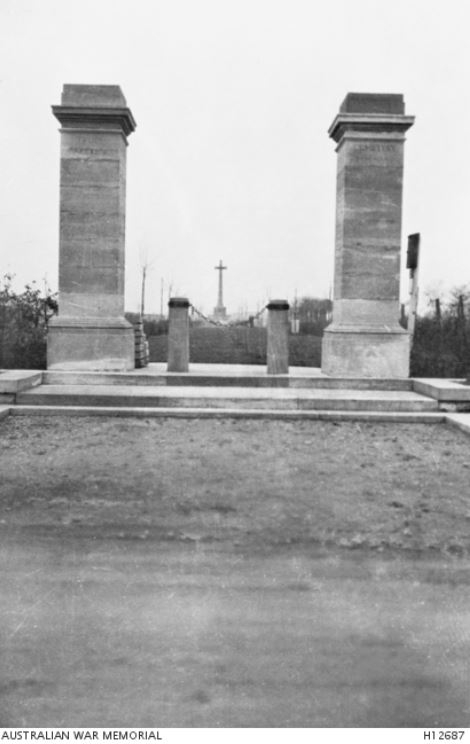 Edwin Graves heard the news of Hubert’s death soon after the event.