Born in 1885 at Tahara, Edmund Dohle was a son of Hermann Dohle and Ernestina Sawert.  He went to school at Tahara State School then farmed at the family farm Wannonvale at Tahara, He played cricket for Tahara Federals.  Around 1914, Edmund moved to Strathkellar east of Hamilton.

Edmund enjoyed horseracing and owned several horses.  One horse he bred and raced was Skyline with much success. Trained by Hamilton trainer James Agnew, Skyline won the Coleraine Trial Hurdle Race, the Hamilton Great Western Steeplechase, and Casterton Spring Steeplechase in 1914.  At the end of 1914,, Edmunds’ brother Alfred enlisted and left Australia in May 1915 with the 13th Light Horse Regiment.

In the months after the news of Alfred’s death, Edmund enlisted but it was easier said than done.  His father was born in Germany so it was necessary for Edmund to prove his loyalty to the British Empire.

Finally in uniform, he first went to camp at Seymour before leaving with the 6th Reinforcement of the 38th Battalion in December 1916 for England. Arriving at Plymouth on 18 February 1917, Edmund remained in England for the next six months training including at the bomb school at Lyndhurst.
Edmund arrived in France on 26 August 1917 and joined the 38th Battalion in the field on 2 September 1917.  He had been at the front only a matter of weeks when he was killed on 4 October 1917 during the battle of Broodenside, part of the 3rd battle of Ypres. The attack started at dawn and casualties were lost before it even began when they were shelled at their stepping off point.  There were a total of 6,500 casualties despite it considered a success for the allies. 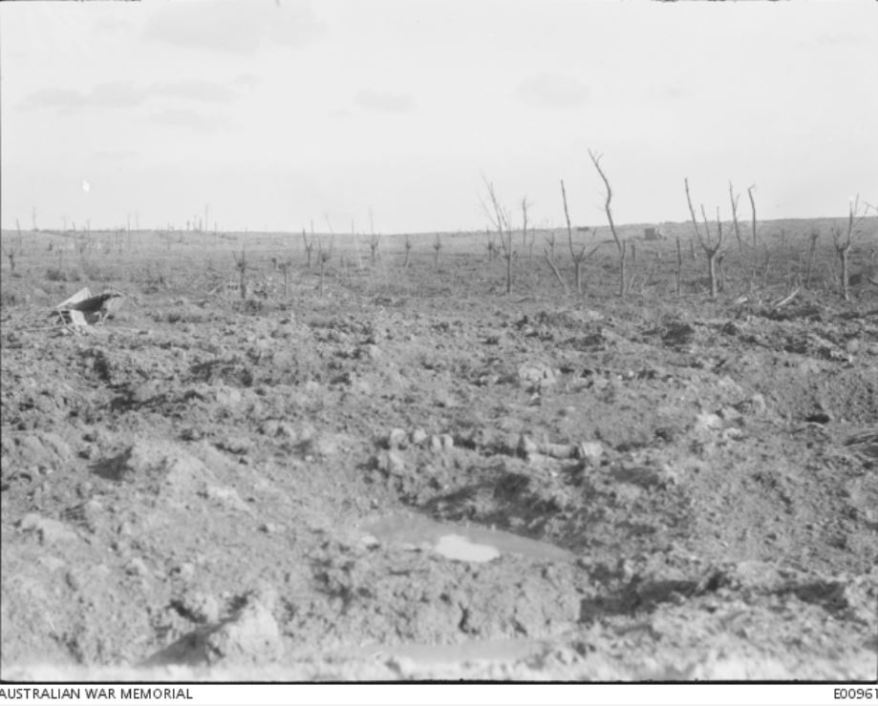 It was a tradition of the Mount Gambier Racing Club that the winning owner of the South-Eastern Steeple at the Winter Steeplechase donate a shield to hang in the racing club’s members’ room.  The Dohle brothers’ Skyline won the race in 1915.  Since  Edmund and Alfred had both lost their lives, in 1918 the racing club purchased a shield in memory of the brothers. 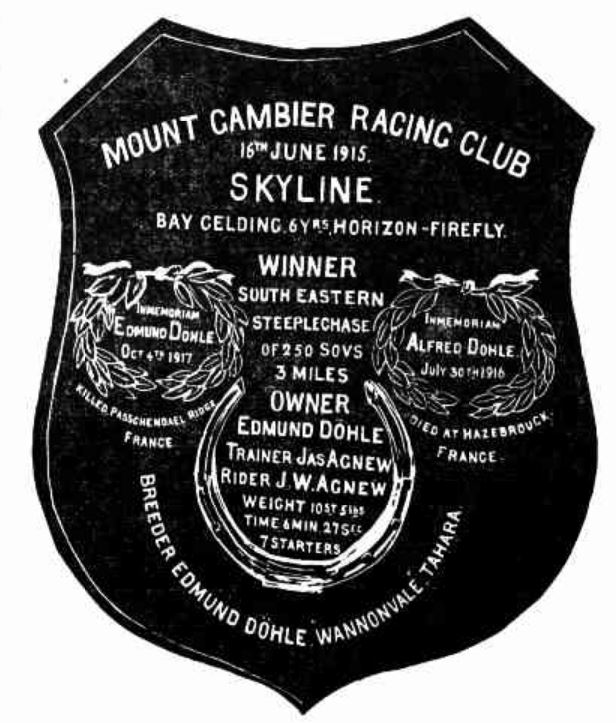 In 1921, Edmund’s body was exhumed from the place he was buried when he fell. There was no cross marking the grave but his identity discs confirmed it was him.  He was reburied in the Tyne Cot Cemetery in Belgium.

Edmund’s father Herman Dohle died in 1930 and mother Ernestine in 1938.

Edmund Dohle is remembered on the Christ Church Anglican Church Roll of Honour.