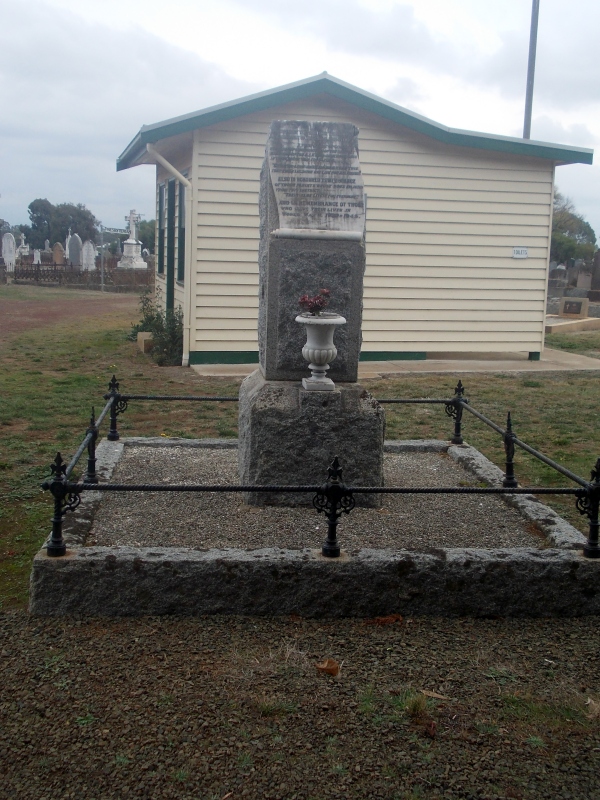 The first meeting of the Hamilton branch of the Sailors’ and Soldiers’ Fathers’ Association was held on 26 October 1918.  Mr Alfred Tatlock was the convener of the meeting and was elected as chairman.  On 5 May 1922, a monument was unveiled by Col. The Right Hon. George Edward John Mowbray, Earl of Stradbroke, Governor of Victoria just inside the gates of the Hamilton Cemetery to remember the sons who had fallen during WW1.  Those who served during WW2 were later honoured on the memorial.

To the Glory of God and  in

Everlasting remembrance of the district members

Of the A.I.F who gave their lives

Greater love hath no man than this

That a man lay down his life for his friends

Of those Parents Whose Sons Enlisted

“Their Name Liveth for Evermore.”

And in Remembrance of those

Who Gave Their Lives in 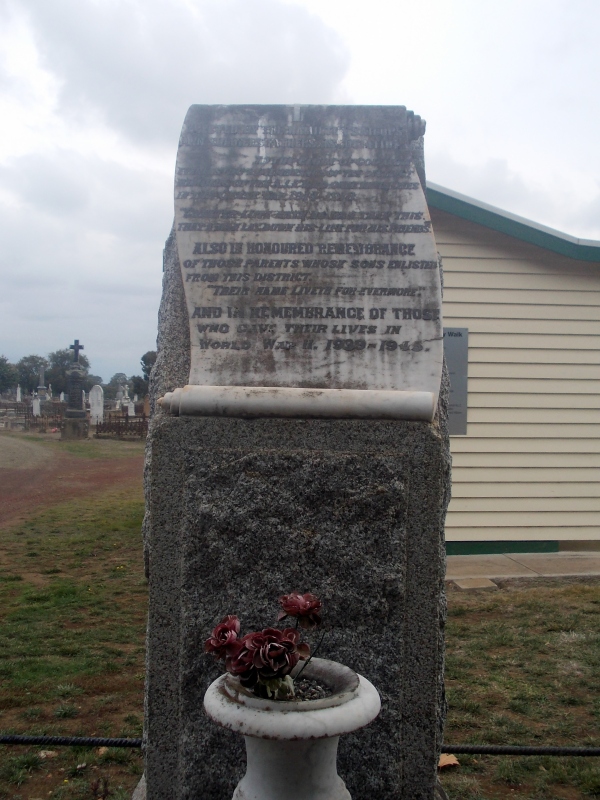