What do you know?  It’s another animal story for Trove Tuesday.  This time we go back to the early days of my hometown, Hamilton and a guide to early sporting activities.  Although the population was sparse, residents from surrounding stations would travel for foot racing and horse racing.  But it was an early kangaroo hunt that captured the Spec’s correspondent’s attention.    The article appeared in the Hamilton Spectator in 1914, but the story comes from long before, when Hamilton was known as The Grange.

I have tried to put an approximate date on the said kangaroo hunt and it must have been after 1852 when the Hamilton Inn, opened.  The Botanic Gardens were first gazetted in 1853 but not planted out until 1870.  The first races in Hamilton were held in 1851 at the sight refered to in the article.  Later the racecourse moved slightly north-east to beside what is now Ballarat Road, before moving to the current location on the other side of town. (The Hamilton History Centre Grange Burn Walk Guide p.8)

Another interesting landmark was Mount Craig, a large stone hill on the gardens site.  It was also known as “Shepherd’s View”.  Information from the Hamilton History Centre refers to Mt. Craig and the spring that ran from it, providing water for the locals.  It was located near the current Thompson Street entrance.

Along with the many landmarks that created a clear picture in my mind of the hunt’s route, the article mentions many of those involved with the hunt, some of whom still have descendants in the Hamilton district today. 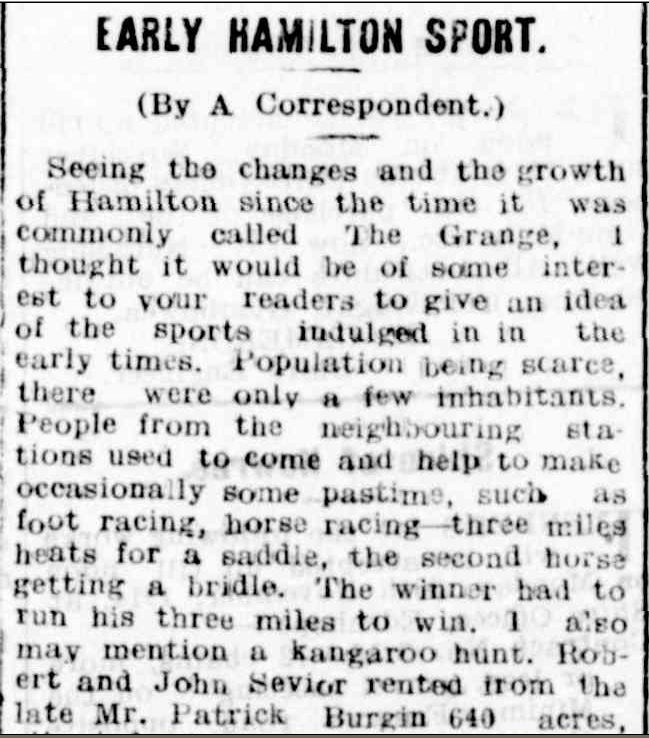 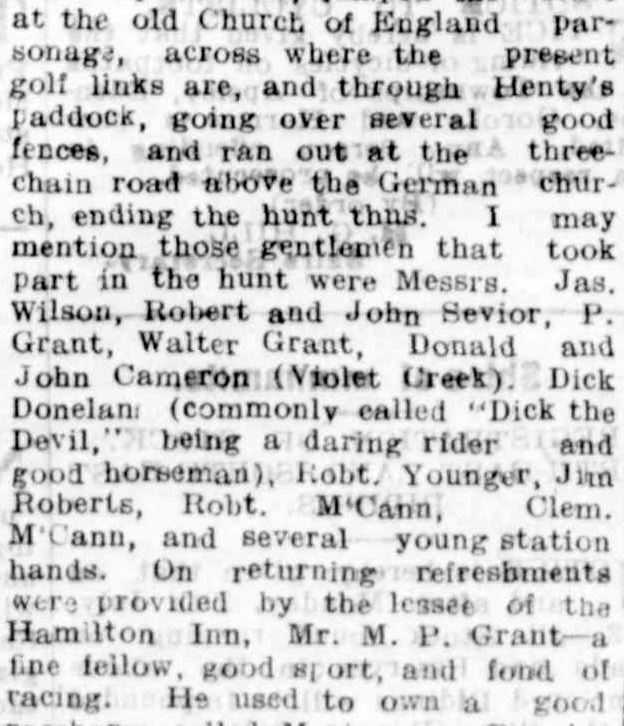