Trove Tuesday goes to Horsham this week with a story about a naughty pony that caused excitement in the town’s main street, Fibrace Street,  After some kicking and erratic behavior, the pony ended up facing its driver and passenger, Mrs Blight and her daughter. 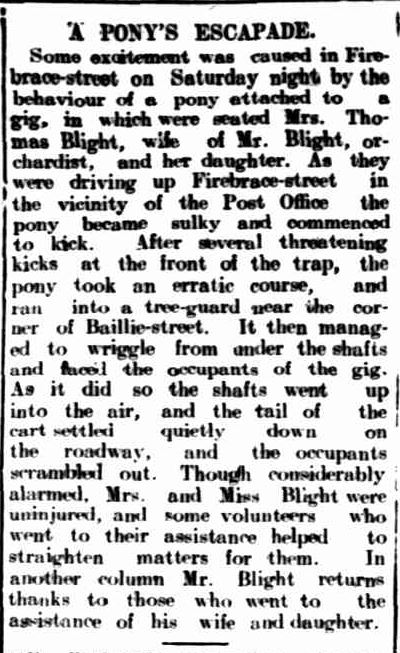 The photo I found at Trove to go with the article, is a treasure.  Taken around the same period as Mrs Blight’s driving excitement, the photo shows Mary Lloyd Taylor and her two daughters in a lovely buggy drawn by a beautiful flaxen chestnut pony. 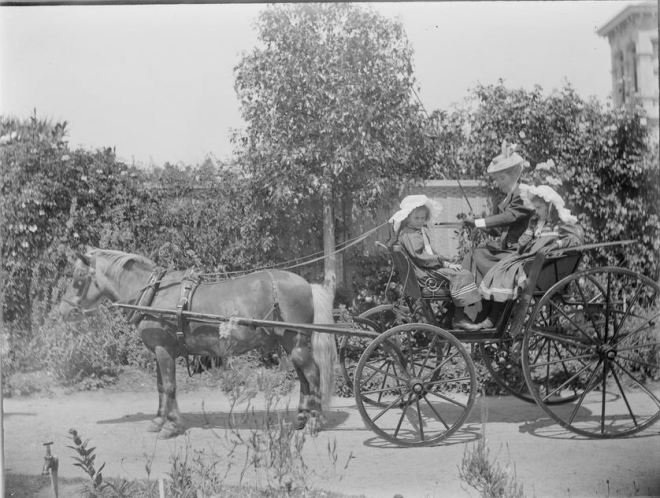