On Tuesday August 21, 2012, Amy Lehmann wrote a post on her blog, Branches, Leaves & Pollen called Trove Tuesday – Love, Life and Death in Newspapers.  The aim of her post was to show what  treasures are found on the Trove site that “add a bit of extra colour” to our family history research.  Amy then invited other bloggers to join her the following Tuesday to share their Trove treasures.  The next Tuesday, August 28,  nine other bloggers, including myself, joined Amy and Trove Tuesday was away.

Not all the treasures I have shared over the past 52 weeks have been about my family.  Most have been quirky snippets I’ve stumbled across while researching my family or hunting up pioneer obituaries.  You would have to agree animal articles seem to catch my eye most often.  There have been articles about a feisty dog, a lost kaf (sic), hopping kangaroos and jumping sheep, a slippery snake and a incredibly long snake, a hare hunt and a cat on the hunt.  There was also some “beautiful hair” that could have comfortably housed any of the above critters.

Morality and matrimony also had a good run.  Who could forget Reverend Gladstone of Nathalia and his aversion toward married women attending dances.  There was bottom drawer tips, hints for wives and daughters and those popular Commandments for Husbands and Wives.  Then there were the ladies of the night from Geelong…

The five most popular Trove Tuesday posts over the past 52 weeks are:

Trove Tuesday – Hamilton Then and Now

Trove Tuesday – What a Newspaper is…

My own Top 5 favourite Trove Tuesday posts are:

Trove Tuesday – A Little Chatter About A Magpie

Trove Tuesday – From the Heart

I am looking forward to another 52 weeks of Trove Tuesdays and with all the new papers at Trove there will be many more weird and wonderful treasures to share.  Thank you to Amy for coming up with the idea of Trove Tuesday, we have all enjoyed participating.  Check out Amy’s blog for all the Trove Tuesday posts of the past year. 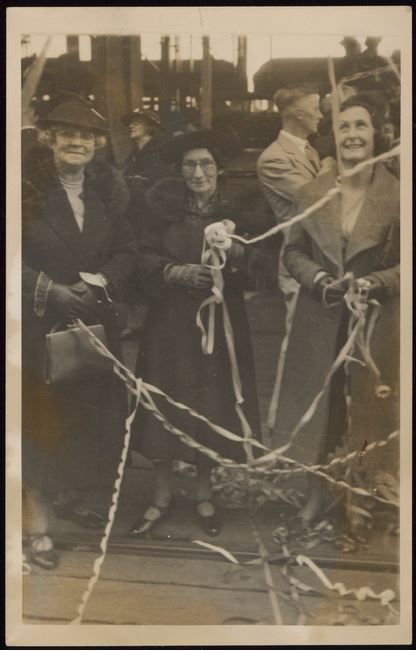