The weather in Hamilton at the time was not dissimilar to the current weather and the streets and footpaths were muddy.  The cheeky correspondent suggested that the residents of Hamilton would not be thinking well of the town engineer after their foot drenching walk to church on Sunday.

Hare hunting was a popular sport of the time, with the weather not stopping the keen participants. 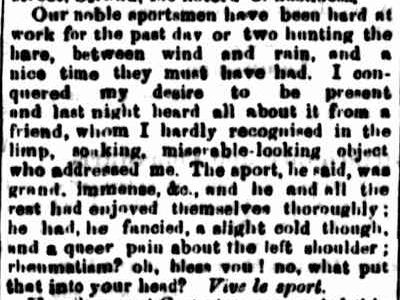 Australian Rules football was well underway in the Western District by 1877. 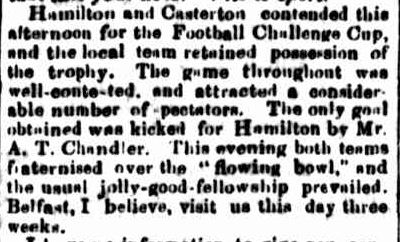 The papers reported disease of all types.  Typhoid fever was prevalent in the navvy’s (railway builders) camp by the Grange Burn in June 1877 and conditions were far from comfortable.   Diphtheria had also been reported, however, the source was unreliable having given a false report of typhus fever in the past. 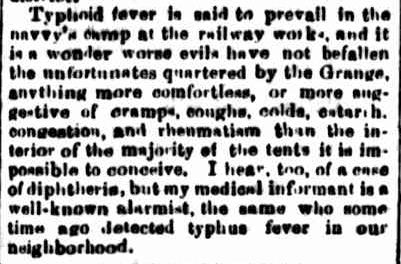