If you have read my Twitter profile, you would have noticed one of my loves, other than family history, is the Carlton Football Club.  This week, as we are in the middle of Round 1 of the 2013 AFL season with Carlton playing on Thursday night, I thought Trove Tuesday should have a sporting theme .

Opening round football is not the only sport happening over the Easter weekend.  One of the great sporting events of  Western Victoria , the Stawell Gift, will attract thousands to the town for a weekend of athletics culminating in the final of the Gift on Monday.  But as I have written about the First Stawell Gift Winner before, I thought I would look at the Carlton Football Club, one of the original teams in the VFL/AFL, from a Trove perspective.

Plucking a name from the past times of the club, I found George Coulthard. He played with Carlton from 1876 to 1882 when teams took part in the Victorian Football Association (The VFL begain in 1896).  Sixty years later, commentators and former players were still naming him as one the greatest footballers ever.  In 1990, he was inducted into the Carlton Hall of Fame.

What treasures could I find about George at Trove?  From the “Picture, Photo and Object” search, I found this great engraving from 1880 .  Held at the State Library of Victoria, it shows George, with the ball,  leaving his Geelong opponent behind.  This is a great example of football attire of the time and I’m glad Carlton moved away from the white neck frill. 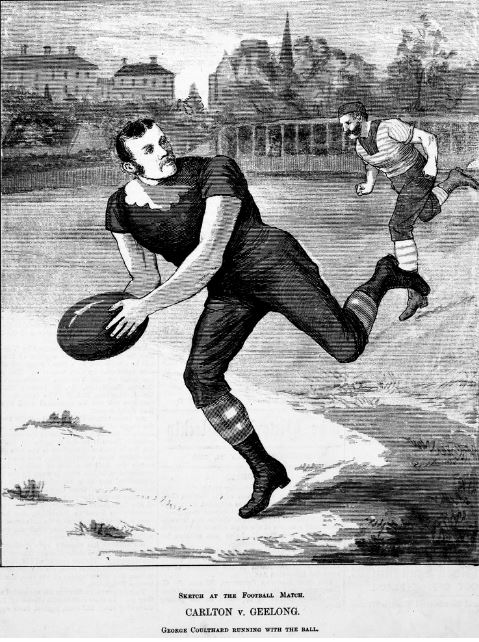 The following article from Perth’s The Daily News summarises George’s career and displays that white frilly collar again.  What was the idea behind that?  George was also a keen boxer and cricketer of some note, even playing a Test match for Australia.  I like George’s entry on the Blueseum site.  The number of games played by George was about 140, 4 state games and 2 Rugby matches.  George was a true all-rounder. 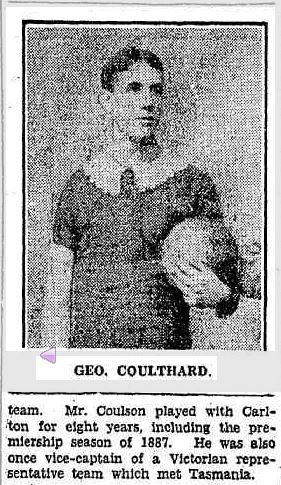 In 1937, “Bob” Dickson told the Sunday Times of Perth, George Coulthard was “the greatest footballer ever”. 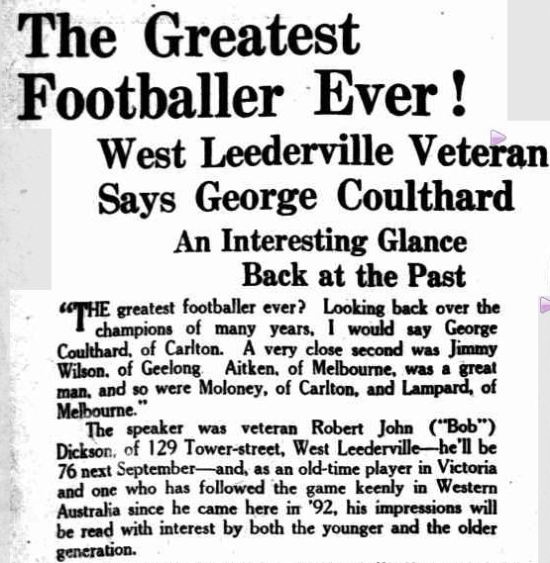 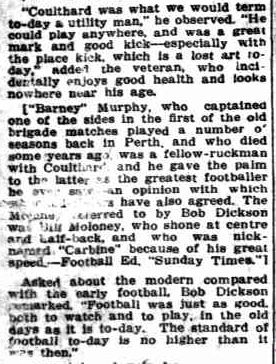 George Coulthard’s story was not all sporting glory as he was sadly cut down in his prime.  Even a great athlete could not hold off the ravages of tuberculosis.  In October 1883, aged 27, he succumbed to the disease. 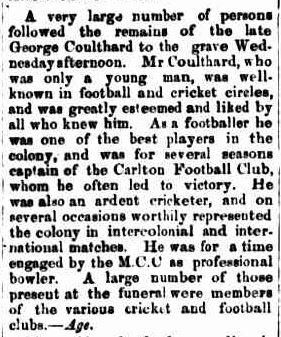 Something of interest to the family historian on the Blueseum site is a call out for photos of former Carlton players.  If you find one of your family members played for Carlton anytime over the past 149 years and you have a photo, check out the website.

The Stawell Gift begins today at Central Park in Stawell.  From humble beginnings in 1878 with a foot race been miners, the meet has grown to be a major annual event on the Australian athletics calendar.  Drawing thousands of people to the Stawell and Grampians region for the Easter period, the Gift has seen many international and leading Australian athletes.

The Gift has certainly come a long way since William Millard of Condah won the first gift in 1878.  The win, however, was not without controversy.  William was almost disqualified.  He died in 1939 at Hamilton Hospital and as these articles attest, his athletic ability was not only confined to the track…he was the father to twenty children from two marriages.  The family name is still common today in the south-west of Victoria.  William’s great-grandson, Daniel Millard won the Stawell Gift in 1997. 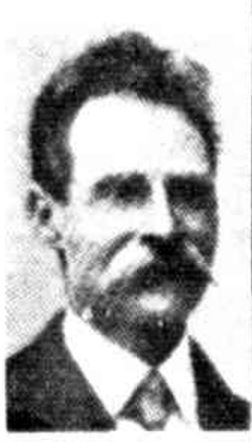 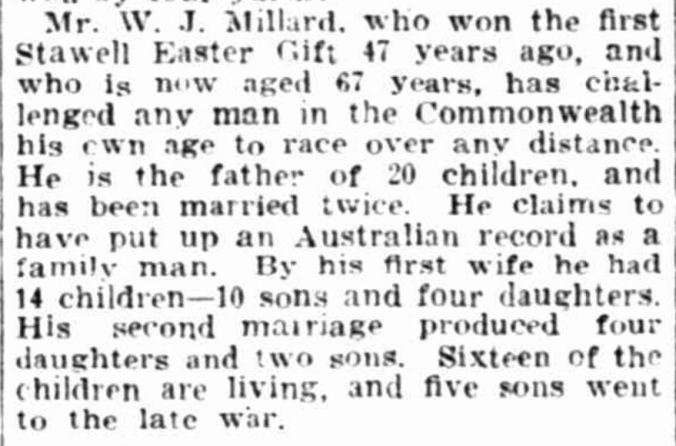 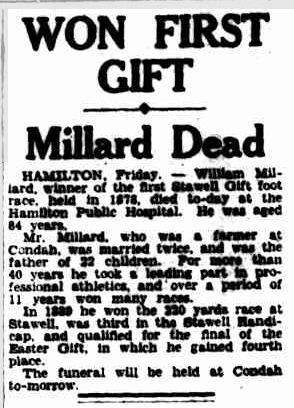 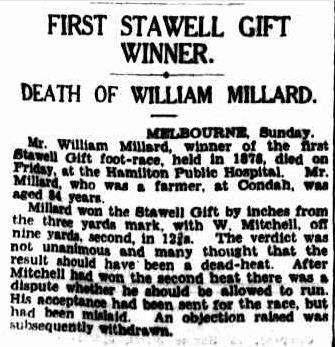