April Passing of the Pioneers reminds me how much can be learnt about Western Victorian history from reading pioneer obituaries. This month sees some prominent men of 19th century Western Victoria, James Dawson, James Thomson, and John Kirby.

I am also learning more about the wonderful homesteads dotted throughout the Western District. The Monivae, Longerenong, and Mt. Koroite Homesteads are all mentioned this month.  If you click on the homestead name in the obituary, the link will take you through to the Victorian Heritage Database and relevant homestead’s listing.

Thomas CLOHESY:  Died 24 April 1910 at Hamilton. Thomas Clohesy had been in Victoria since 1871. He made the journey from Ireland with his father and brother, but sadly his father passed away on the voyage. He at one time worked at the estates of the Chirnside brothers. In 1894, he married Mary Jeanes.  Thomas and Mary were buried at the Hamilton (Old) Cemetery. 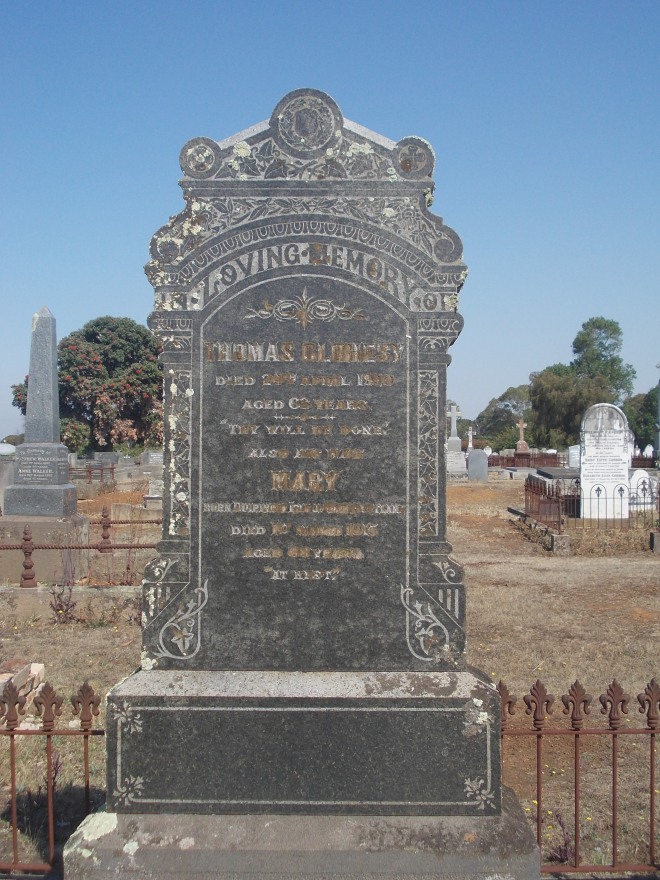 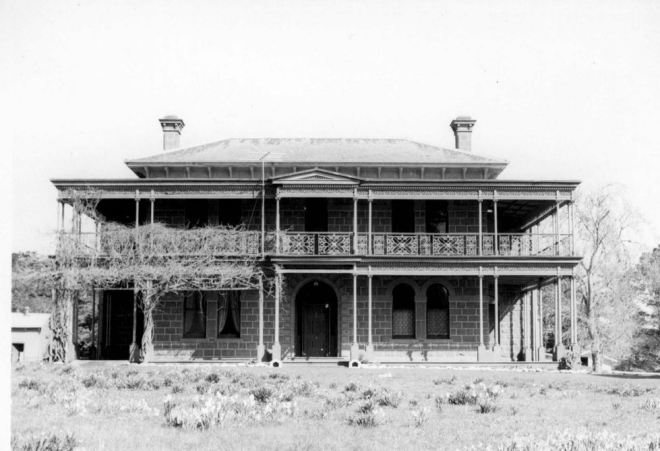 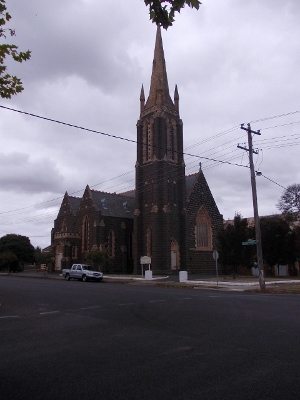 James Thomson was buried at the Hamilton (Old) Cemetery. 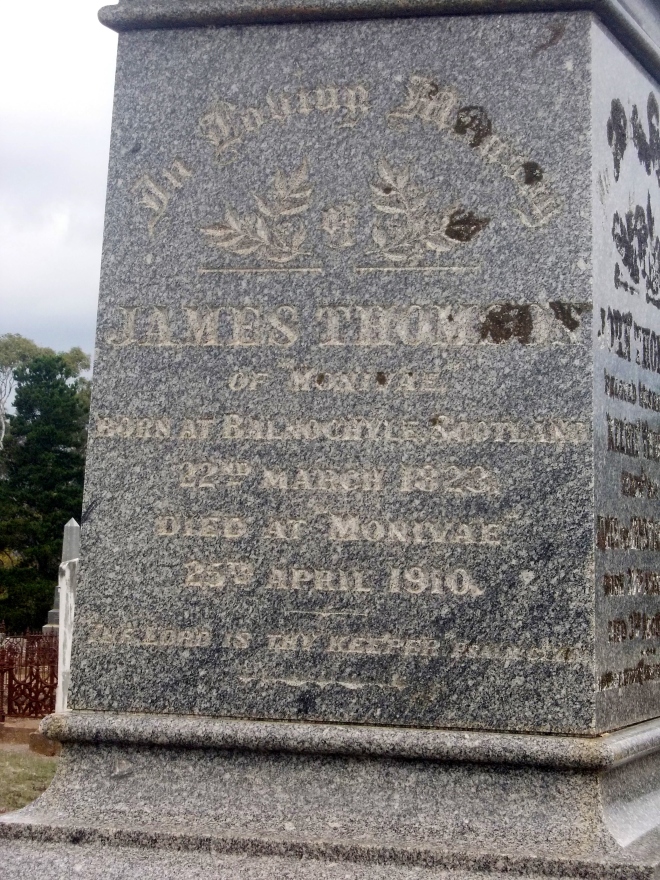 William UREN:  Died 19 April 1914 at Berringa. Before travelling to South Australia with his wife during the 1860s, Cornish born William spent time in Chile, South America.  He and his father worked in silver mines.  While in South Australia he worked in the copper mines before moving to Ballarat.  He was a shift boss at the Midas and Lone Hand mines.

Agnes LUNDY:  Died 16 April 1916 at Horsham. Agnes came to Australia from Scotland during the 1860s and worked for Sir Samuel Wilson at Longerenong near Horsham. That is where she met her future husband, William McClintock. William was a cousin of Sir Samuel and worked as an overseer at Longerenong.  They remained at Longerenong for some time, before William bought land and bred fine woolled sheep and thoroughbred horses. 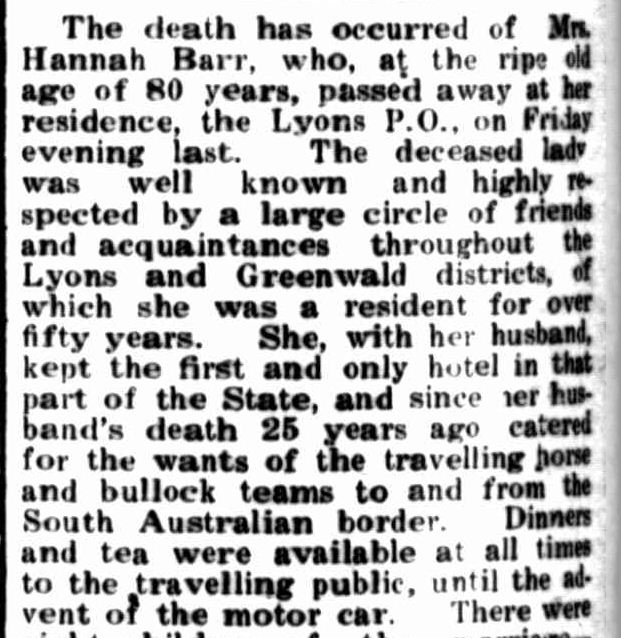 Eliza FEATHERBY: Died April 1934 at Hamilton. Eliza was born in England and travelled to Portland with her parents aboard the Flora McDonald. While in Portland she knew Stephen, Edward and John Henty and had many stories to tell about them. She moved with her parents to Coleraine and after her marriage to John Molloy in 1867, she moved to Hamilton. She was a devout Roman Catholic and crocheted an altar cloth for the St. Marys Church, Hamilton. 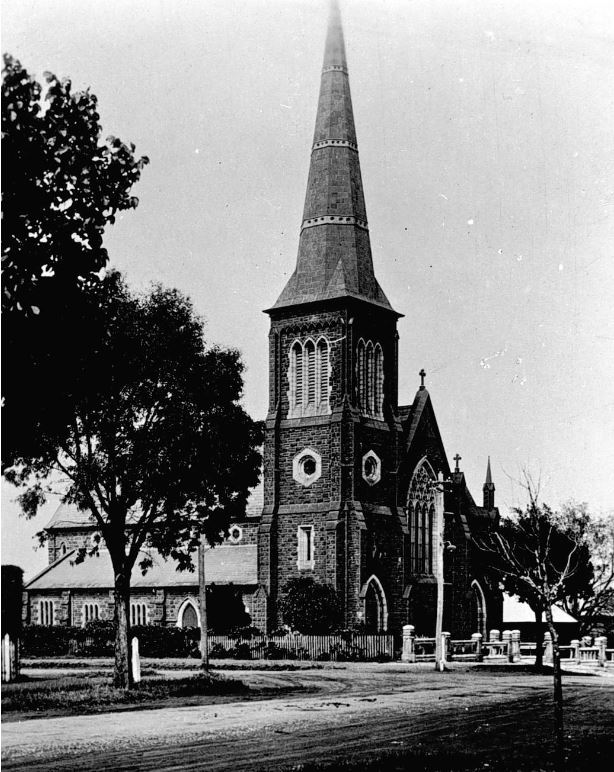 Eliza CALLAWAY:  Died 3 April 1942 at Maryborough. Eliza was the daughter of Charles and Anne Callaway and was born in Amherst, Victoria in the mid-1860s.  During the 1870s, the Callaways moved to the Heytesbury Forest near Timboon where Charles selected 240 acres. He cleared the land and grew hops until red spiders began destroying the crops.

Among his many positions around the district, he was both a Councillor and three-time president of the Wannon shire.  He was a chairman of directors of the Western District Butter Factory Ltd. and a Justice of the Peace. John was a talented sportsman and excelled as a footballer, including a stint in the metropolitan league. Probably his greatest sporting achievement was as a racehorse owner.  His horse The Parisian won the 1911 Melbourne Cup.  He also had success with a steeplechaser, Napier which won the Great Eastern Steeple at Oakbank, South Australia and the Grand Annual Steeplechase at Warrnambool.

John was buried at the Coleraine Cemetery (below), 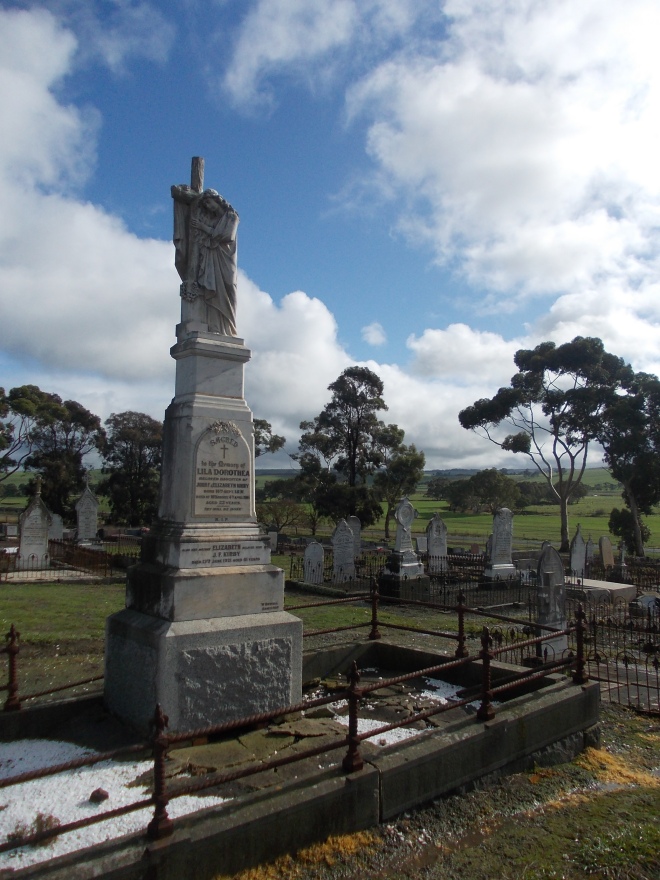 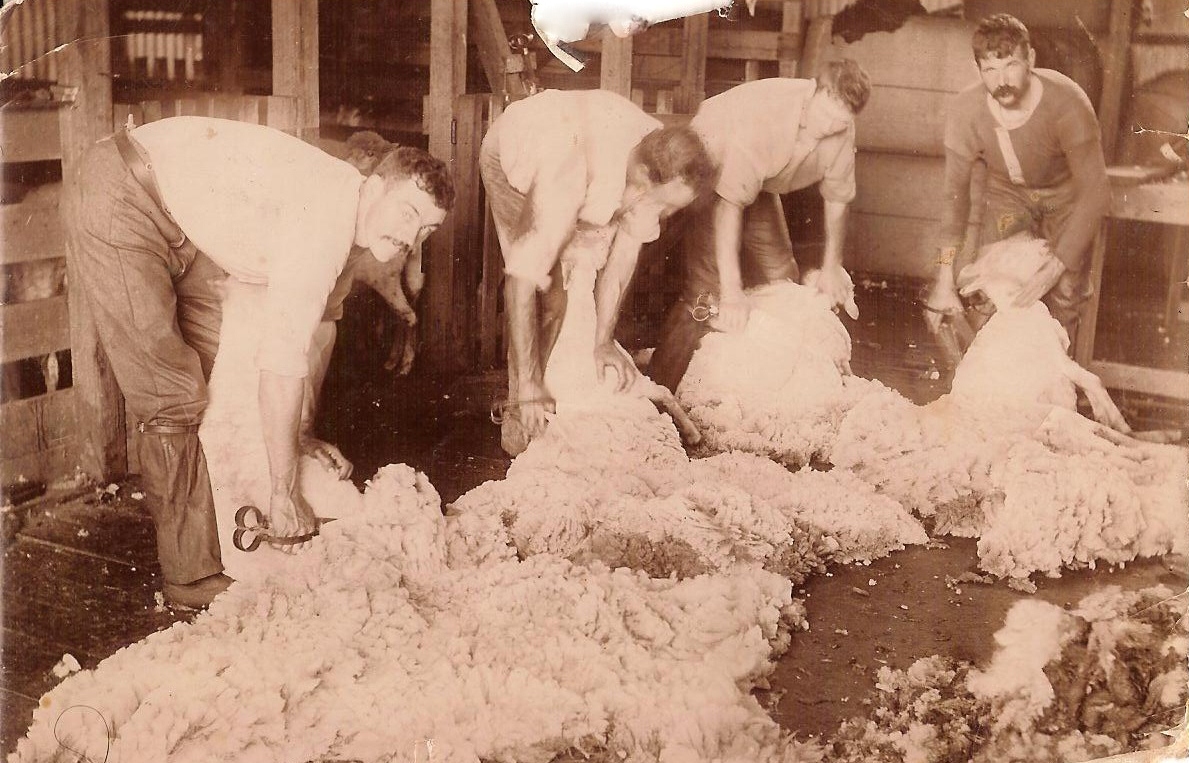