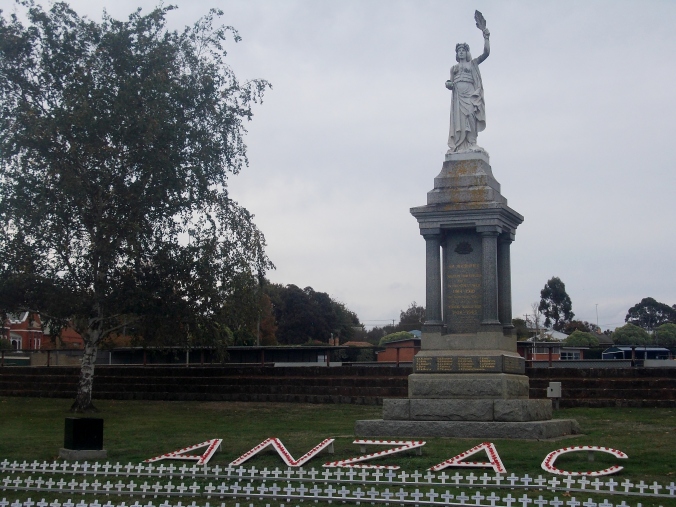 Writing the profiles of the Hamilton WW1 soldiers has highlighted the month of August of 1915, 1916 and 1918 as particularly sad times for the town’s residents.  There was heaving fighting at Gallipoli during August 1915 with the battle of Lone Pine, the Charge at the Nek and the attack on Hill 971 and Hill 60.  During July and August 1916 there was heavy fighting at the Somme, France with the battles at Fromelles, Pozieres, and Mouquet Farm.  During August 1918, there was the Battle of Amiens.  Many Hamilton men lost their lives during those months.

You can now read forty profiles of Hamilton’s WW1 soldiers from the tab at the top of the page “Hamilton’s WW1“. 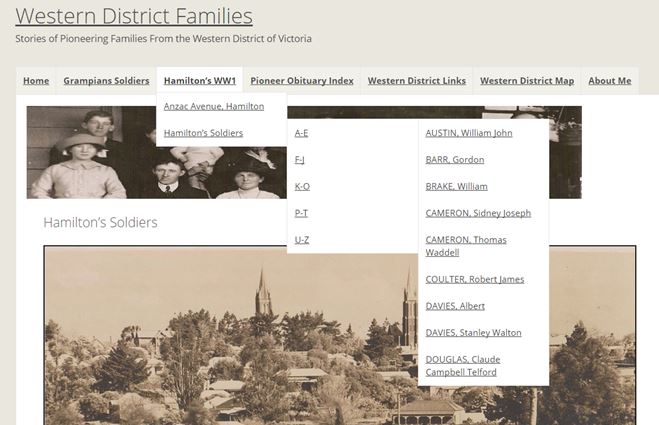 Currently, I’m working to finish the profiles of the men who died during August, particularly those for whom it is now 100 years since they made the ultimate sacrifice.

The stories of Albert Sheehan, Arthur Lewis and Claude “Dot” Douglas are particularly sad considering they watched the occupancy in their tent diminish. Thirteen men occupied their tent at the start of their Gallipoli campaign.  By the beginning of August, only the three Hamilton mates were alive.  As the month passed, one by one, Albert, Arthur, and Claude did not return.  By the end of August 2015, their tent was empty. 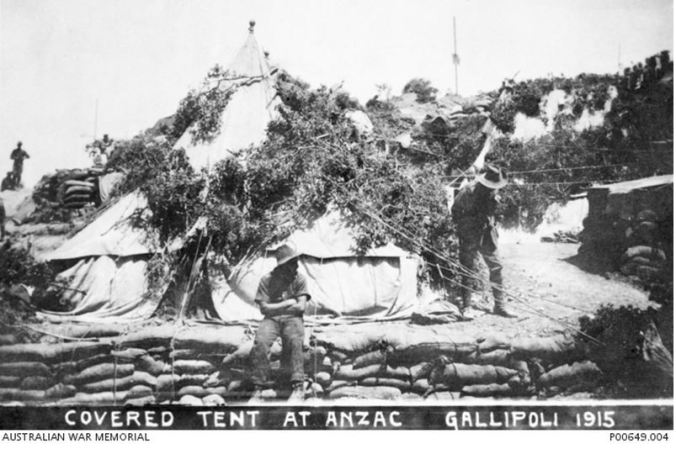 There is also the story of Lieutenant Edward “Ted” Henty of the 8th Light Horse Regiment (8th LHR), grandson of Stephen George Henty.  Before departing overseas, he married his sweetheart at Hamilton’s Christ Church. Ted was killed during the charge at the Nek.  A son he would never know was born in the months after his death.  Also killed at the Nek and with the 8th LHR was William Hind, who at the time of his enlistment was beginning his career in the printing industry with the Hamilton Spectator.  One man, an officer from an esteemed Victorian family, the other a private of working class blood, but each with so much more to offer.  They bravely gave their lives in what was one of the most futile battles of WW1. 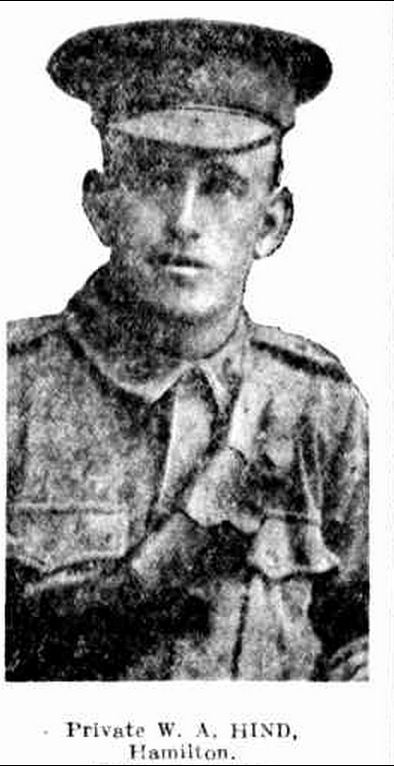 With each profile, I attempt to uncover how the enlistment affected the family and the town’s residents and how each lost man was remembered.  In some cases, the shock of the loss of a son saw the death of a parent soon after, as was the case with the father of Arthur Lewis.  Other men had wives and children. I’m writing the profile of William John Clyde Kirkwood, a man who sits on the edge of my family tree with a Kirkwood link through marriage. The effect of his death on his children reverberated for well over a decade.  Parents and wives had exhausting ongoing correspondence with the Defence Department, often for years, sorting out pensions, medals and personal effects.  Some had to get around administrative challenges of incorrect names given at enlistment or the death of the listed next of kin.  There were also the men who returned home, like William Brake and Albert Davies (below) who never fully recovered from their war experiences. 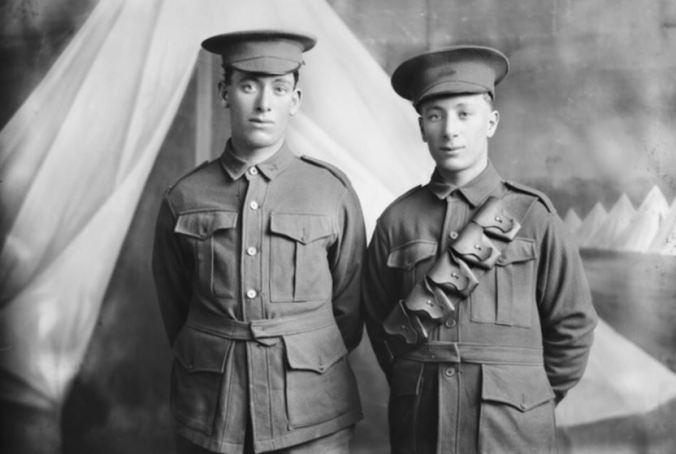 It is a privilege to research the stories of the Hamilton’s soldiers.  It’s easy to feel an attachment to them and in a small way feel the sorrow of their families, in the reading of their service records, letters published in the Hamilton Spectator, and looking at photographs of young, fresh faced men with innocence in their eyes.  One such soldier was Stan Niddrie (below) a quiet country lad, at home on his horse with his dogs bringing up a flock of sheep. He also shared his thoughts in letters home to his sister.  Nineteen at the time of his enlistment in September 1915 and just 5’4″, Stan would stand six feet tall during his service, working his way through the ranks, reaching Sergeant just before he was killed near Villers-Bretonneux in August 1918, only months from going home.  Stan’s eyes would have seen much during his three years of service, their innocence taken away. 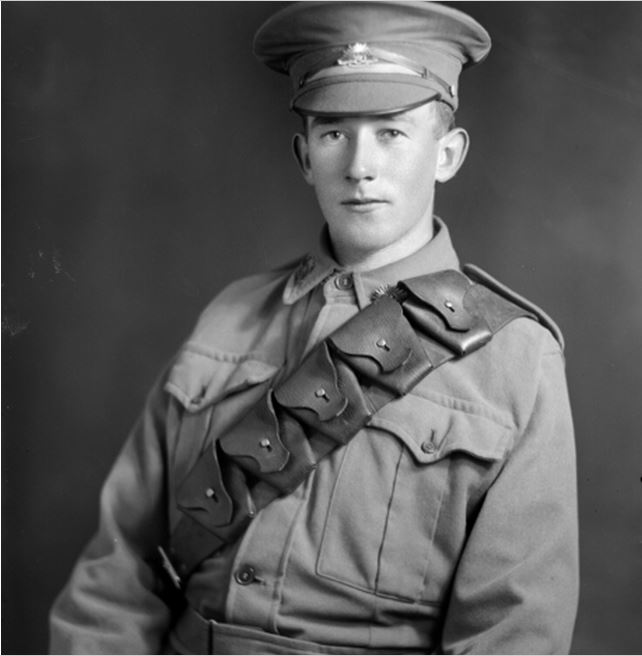 The stories of the men, each from different backgrounds, with different war experiences, and different fates, all end the same.  There were no winners from The Great War and we really don’t understand what those that lived it endured.  Albert Lewis, writing home after the Gallipoli landing so rightly said, “I am certain there is not a single person in Australia who can near realise what their boys went through”. 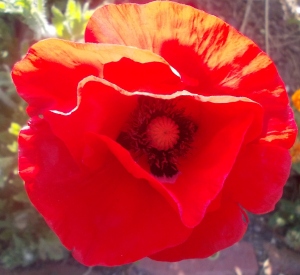