The first stop was St. Stephens Church, undergoing an extension at the time.  The Vagabond noted the church’s opulence, much of it built from Henty money and a memorial stained glass window giving thanks for their generosity had been installed.

The Vagabond mentioned the left-hand end of the church was boarded up for extensions and the ivy that gave the church an aged appearance.  The image below would have been how the church looked in 1884 before the extension began and the church today (above)

Next, the Botanic gardens, the “pride of Portland”. 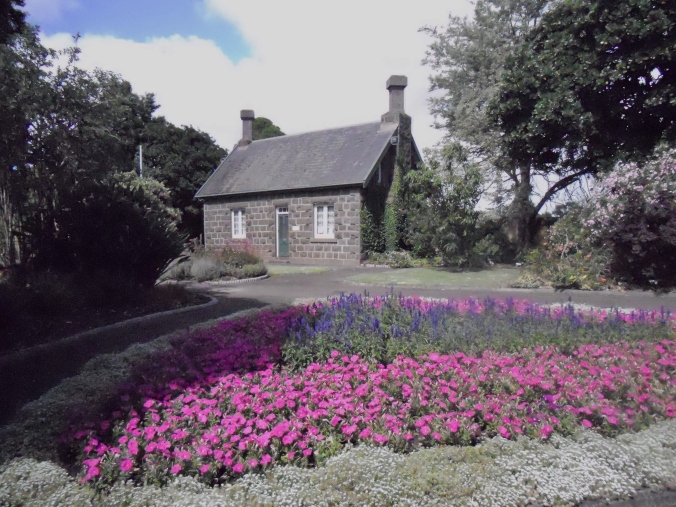 Local residents enjoyed strawberries growing at the back of the gardens but anyone trying to scale the garden’s fence faced ferocious dogs chained at intervals around the perimeter. 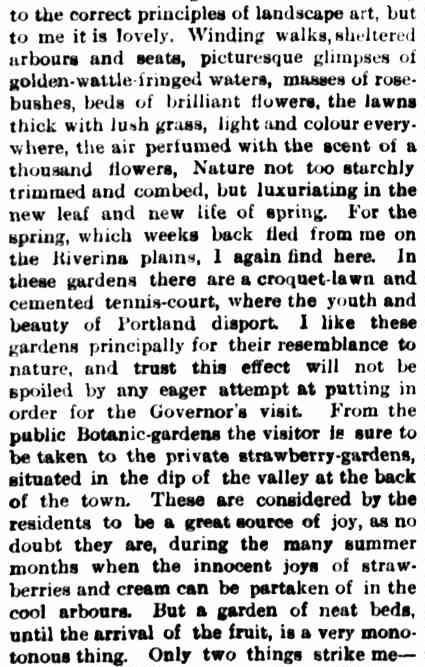 The time he spent imbedded at the Melbourne Benevolent Asylum, must have deepened The Vagabonds’ compassion for the unfortunates residing in such institutions.  His visit to the Portland Benevolent society gives a most interesting insight into the  life of the residents.

Nineteen men and one woman, residents at the time of the Vagabond’s visit, were eating supper of bread and butter and tea.  Many were early arrivals to the colony and most had worked for the Henty family …” poor old fellows, they are remnants of a much-despised class, not by any means all bad, good mates to each other, who bore the heat and burden of the early days of colonial life” 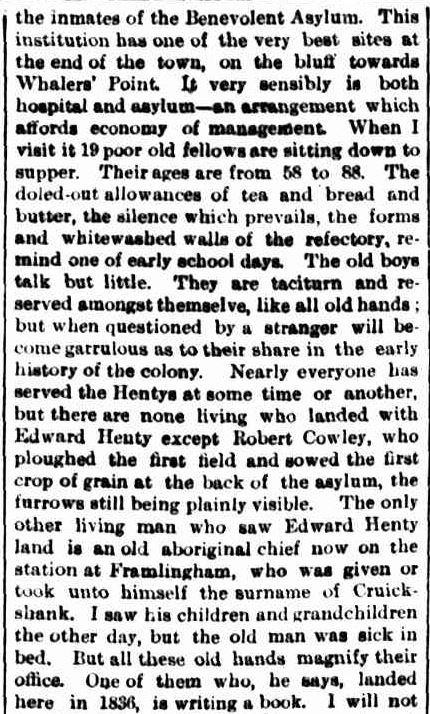 The Old Portland Cemetery had the same effect on the Vagabond as it did on me, even though we visited almost 130 years apart…”I love the place” he declared. 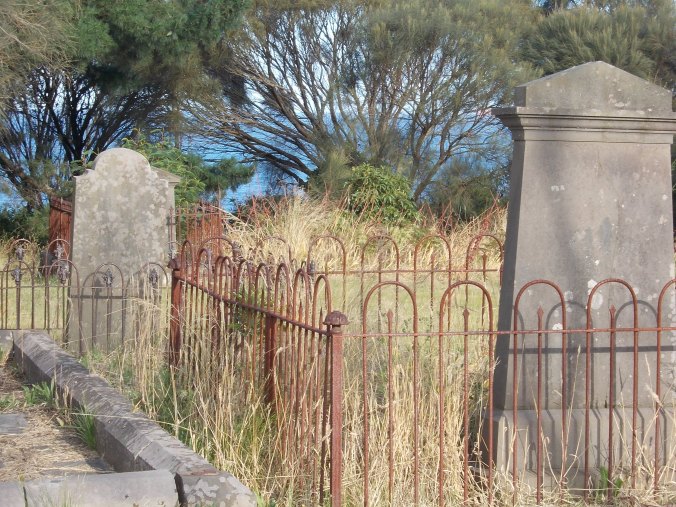 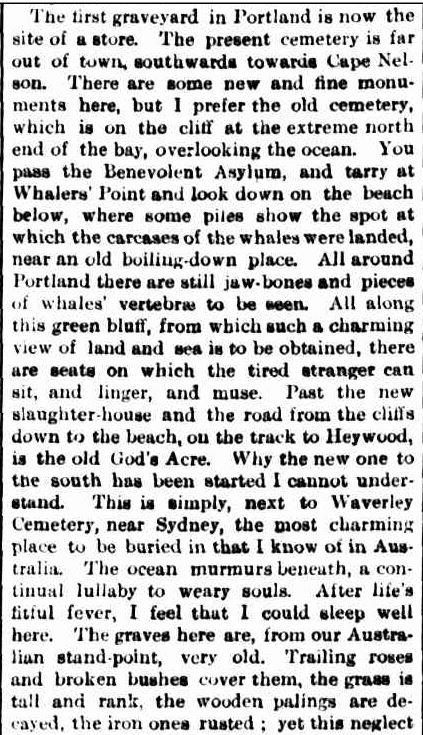 In 1884, if one was to remove the churches and public buildings from Portland, there would be little left, according to the Vagabond.  There were ploughed paddocks in the city centre and cows grazing in the streets. 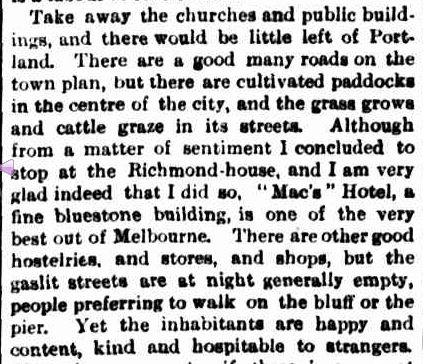 The Vagabond considered Mac’s Hotel (below) one of the finest bluestone buildings outside of Melbourne.

Fishing was the main trade in Portland when he visited, but The Vagabond could foresee a day when Portland would resemble Scarborough, England.  He noted the relaxed feel of the town where ladies could visit and not feel they had to change up to four times a day, they even could wear their “oldest gowns”. 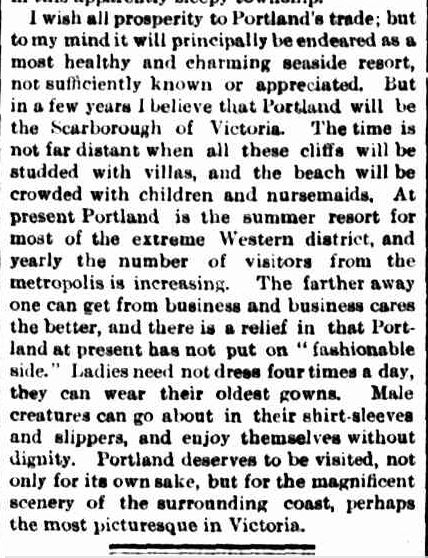 The photo below is of Portland’s beach around the 1940s.  While villas weren’t lining the cliff tops as the Vagabond predicted, I think he would have been happy that his prophecy had eventuated in part.

5 thoughts on “The Vagabond…Out and About in Portland”