“The Cemetery is the first object to greet the ascending tourist.

This quote is not from one of the tourist guides I collected while in Portland earlier this year.  Rather, it was written 155 years earlier by James Bonwick in his book  “Western Victoria: It’s Geography, Geology and Social Condition”: the Narrative of an Educational Tour in 1857″  (p.98)

One of the older graves in the cemetery is that of William Wheeler who was born in 1776.

The grave of James Fawthrop was of interest to us.  Earlier in the day, we visited Portland’s Maritime Discovery Centre housing the Portland Lifeboat captained by James Fawthrop.  Fawthrop and his crew were part of the rescue of the steamer  Admella in 1859.  His heroics are a legendary part of the maritime history of the stretch of coast from the south-west of Victoria to the south-east of South Australia.

After a search of the Victorian Death Index, I found that James Ward was Fawthrop’s stepson.  Fawthrop’s wife, Jane Rosevear, was previously married to James Ward senior who drowned in Tasmania in 1838.

GRAVES OF JAMES FAWTHROP AND HIS STEPSON JAMES WARD

The following is Captain Fawthrop’s obituary from the Border Watch of 20 November 1878.

William and Sarah Rosevear were the parents of Jane, wife of James Fawthrop and grandparents of James Ward.  William Rosevear was the coxswain aboard the Portland lifeboat with his son-in-law during the Admella rescue.

The largest grave in the cemetery belongs to the Trangmar family.  James Trangmar died in 1888 and was a leading Portland identity.  He had been Mayor, a Lieutenant Colonel in the Western Region Artillery and owned the stations Morgiana, Bochara, and  Violet Creek all near Hamilton.  His home in Portland was  Burswood  bought from Edward Henty 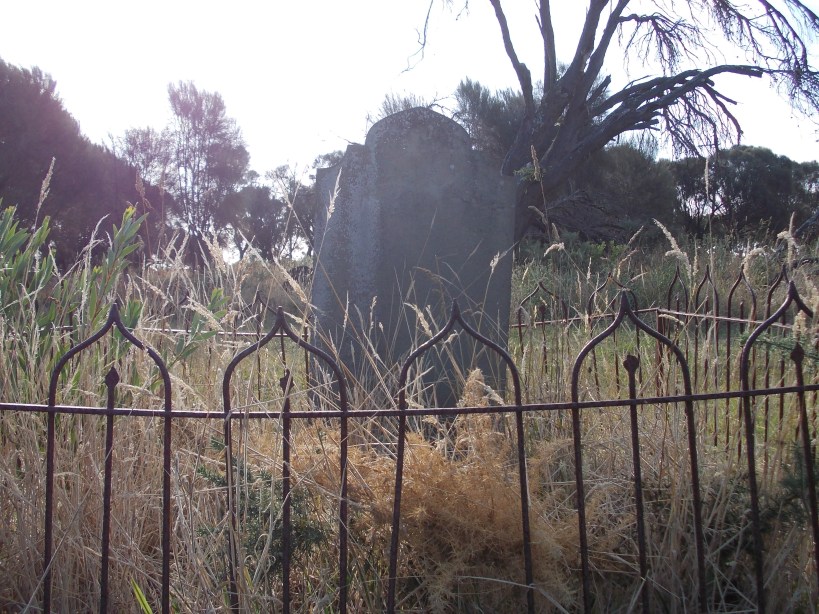