Twice in the past week, I have gone deep into volcanic Western Victoria.  I passed the Grampians and its rock formations, Harman Valley at Byaduk, Mt Napier, and Mt Elephant at Derrinallum.  Along with the dry stone walls that weave through the countryside and the rocks that still litter the landscape, the volcanic activity of the past is evident.

Since my travels, an earthquake at Korumburra in West Gippsland on Tuesday and a perfectly timed conference in Melbourne, has seen the Western District volcanoes in the news.  Questions are being asked about the likelihood of them erupting again.  Speaking at the Congress of Geodesy and Geophysics, University of Melbourne Professor Bernie Joyce reminded us that the last volcanic eruption at Mt Gambier was 5000 years ago, yet these volcanoes normally would erupt every 2000 years.  According to Professor Joyce we are overdue and contingency plans should be made in readiness for a possible eruption Back in 1902, similar issues were raised.  It was a year not dissimilar to 2010/11 with volcanic eruptions and earthquakes being reported all over the world. 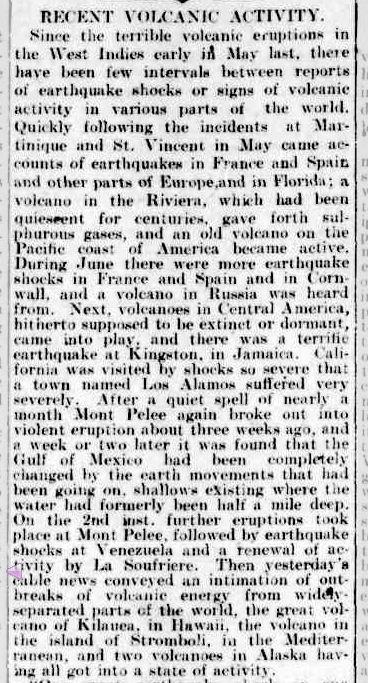 I have found newspaper reports of earthquakes at Yea, Castlemaine, Moe, and Goroke in the same year.  Also, South Australia experienced several earthquakes in the latter part of 1902.  A large earthquake in September felt over most of the state, saw chimneys brought down.  The Bathurst Free Press and Mining Journal reported with some relief that the earthquake was not felt in Mt Gamble (sic), obviously meaning Mt Gambier

Just as well, as panic would have prevailed.  Earlier in July, Mt Gambier authorities had tested the temperature of the famous crater lake, Blue Lake, in light of earlier South Australian quakes 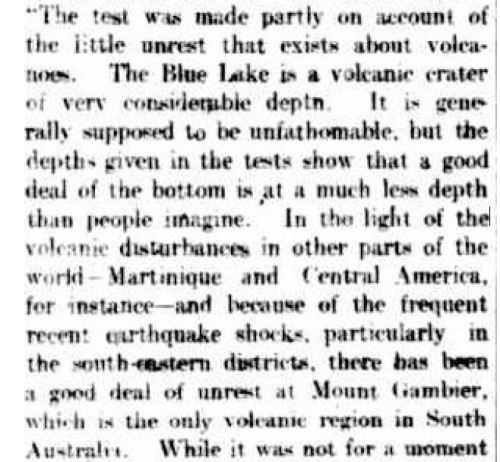 So what was the explanation to the seismic activity back in 1902?  A paper by H. I Jenson, a student at Sydney University, explained a relationship between sunspots and seismic activity.

Could the Western District volcanoes erupt again was a question being asked at the time.  Professor David from Sydney University said in 1902 that although science was not advanced enough to fully predict, he did not expect any volcanic eruptions in any part of Australia in the near future unless there was stronger earthquake activity. Professor W Howchin of Adelaide University was sure it could and cited other extinct volcanoes which had gone on to erupt. The last word goes to Professor W.G Woolnough, a noted volcano expert of the early 1900s. 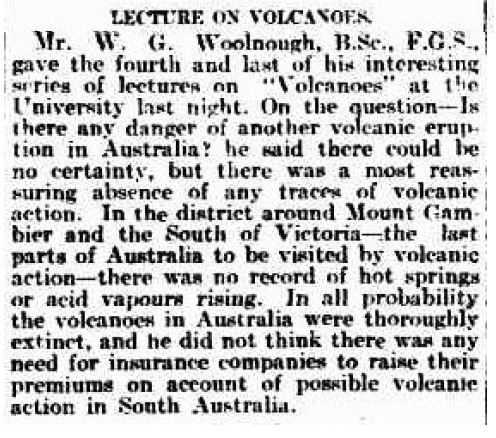 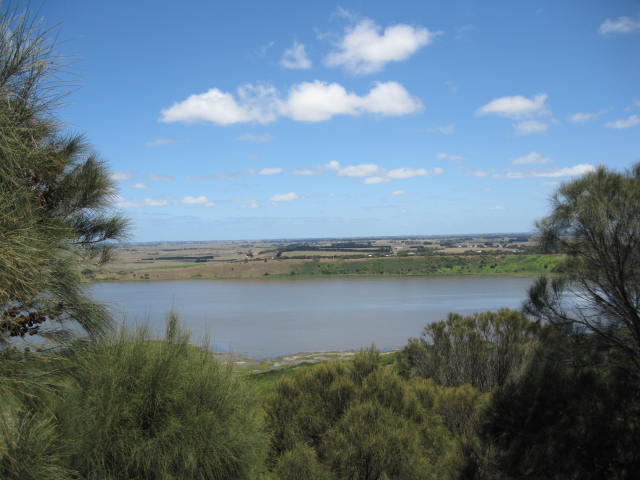 4 thoughts on “Western District Volcanoes – Are They Sleeping?”