We left Major Mitchell on 13 September 1836 as he and his party left camp near the Grange Burn, east of what is now Hamilton.  They made their way to the southern tip of the Grampians but Sydney was in their sights.  They were heading home.  By the end of the day, Mitchell’s party had reached the base of Mount Sturgeon where they camped for the night. 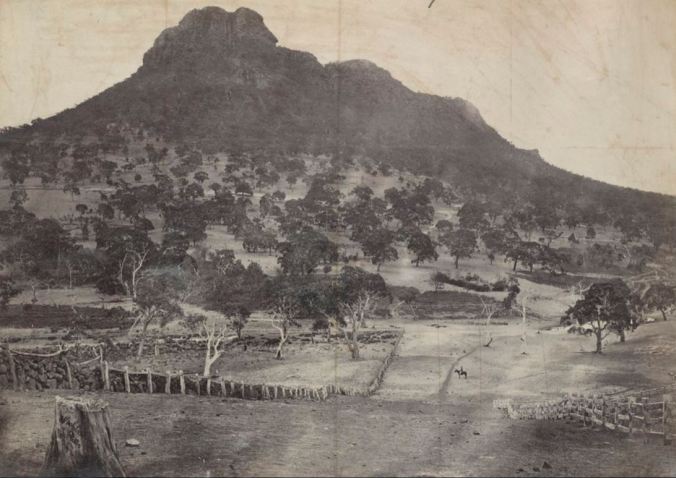 From the camp, Mitchell could see Mount Abrupt just to the north-east and on the morning of 14 September, he set off to climb to its summit. 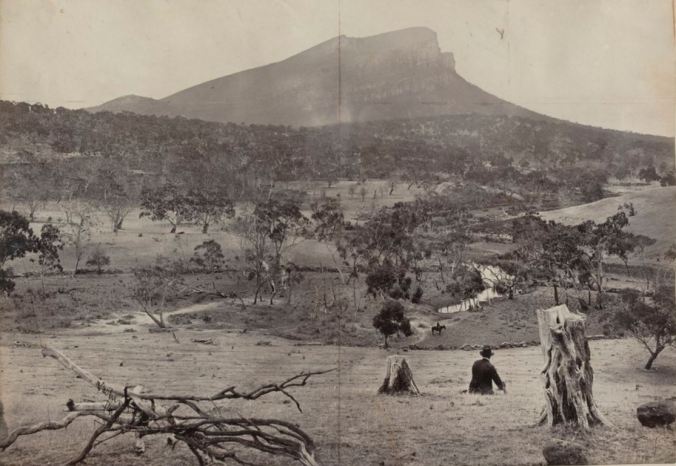 Of the experience, he wrote,

…from the summit of Mount Abrupt I beheld a truly sublime scene; the whole of the mountains, quite clear of clouds, the grand outline of the more distant masses blended with the sky, and forming a blue and purple background for the numerous peaks of the range on which I stood, which consisted of sharp cones and perpendicular cliffs foreshortened so as to form one grand feature only of the extensive landscape, though composing a crescent nearly 30 miles in extent: this range being but a branch from the still more lofty masses of Mount William which crowned the whole. Towards the coast there was less haze than usual, for I could distinguish Lady Julia Percy’s Isle which I had looked for in vain from Mount Napier, a point twenty-four miles nearer to it. Here I could also trace the course of the stream we had crossed that morning from its sources under the eastern base of the mountains to a group of lower hills twenty-seven miles distant to the westward; which hills, named by me Dundas group… 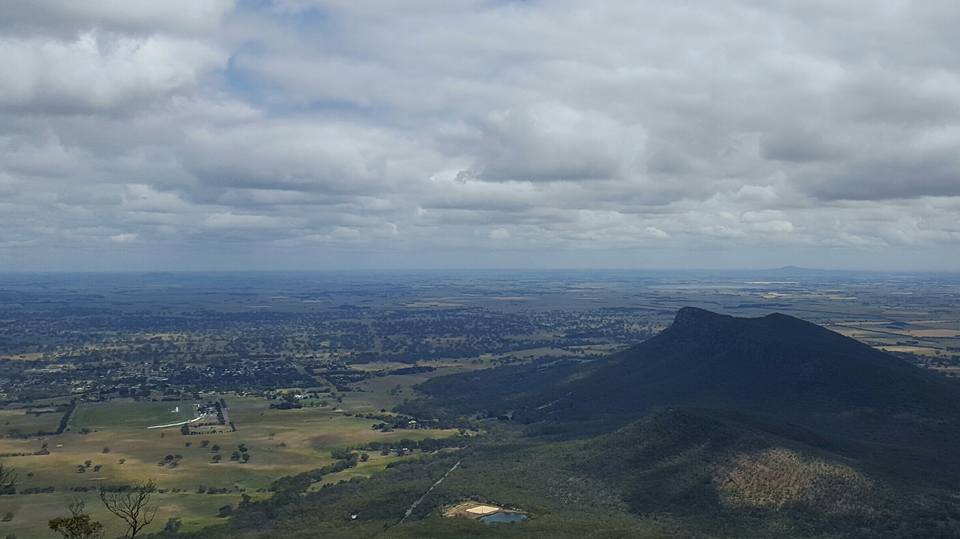 From this hill two other ranges branch off to the south; the western being marked Victoria range on the map, the eastern, the Serra, from its serrated appearance, the broken outlines they present being highly ornamental to the fine country around. On the northern slopes of the range are some forests of fine timber but in general the higher summits are bare and rocky.

Upon his descent, the party travelled east.  They had only gone a few miles when one of the bullocks collapsed from exhaustion near what is now Dunkeld.  It was a long journey for the bullocks made worse by the soft winter ground of south-west Victoria, so Mitchell decided to set up camp. There was also a broken axle to repair. Mitchell sent his second in charge, Granville Stapylton ahead to see how much further before the ground improved. On his return at nightfall on 15 September, he advised Mitchell that it was only another three or four miles.

Before setting out the next day, it was decided to leave some of the party behind to work on the broken axle. Also, half of the equipment would stay but all the bullocks would go ahead with the remaining equipment then make a return trip to collect the rest.  The reduced party set out again on the morning of 16 September and found the soft ground was also littered with sharp stones. They travelled eleven miles before they “encamped near a small lagoon on a spot where there was excellent grass”.  The site was around six kilometres south-west of what is today Glenthompson.

The bullocks returned to the previous camp and arrived back to the leading party the next day, exhausted and unable to go on until Mitchell conceded,”…they had enjoyed at least some weeks of repose”.  Low provisions did not allow such a break and it was time for what Mitchell described as “mature deliberation”.  The resolution was he and most of the party would go ahead to Sydney, while Mr Stapylton and a smaller party would stay behind with the bullocks and equipment.

…the camp in which Mr. Stapylton’s party was to remain two weeks was in as favourable a place for refreshing the cattle as could be found. The ground undulated and was thickly clothed with fresh verdure; a grassy swamp also, such as cattle delight in, extended northward into a lake of fresh water which I named Lake Repose. The peaks of the Serra Range and especially Mount Abrupt were landmarks which secured the men from even the possibility of losing their way in looking after the cattle.

(Mitchell, T. L. (Thomas Livingstone), 1792-1855 and University of California Libraries Three expeditions into the interior of eastern Australia; with descriptions of the recently explored region of Australia Felix, and of the present colony of New South Wales. T. & W. Boone, London, 1839. Chapter 3.11) 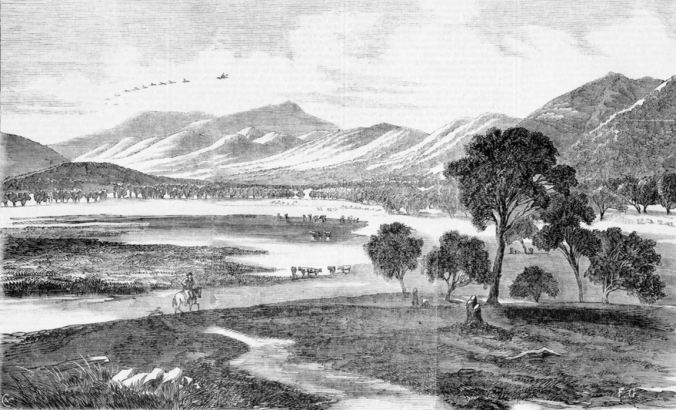 On 19 September 1836, Mitchell bid farewell to Stapylton and turned his horse’s head for home.  At points along the way, he buried letters for Stapylton, of which he later found four.  Mitchell arrived back in Sydney on 3 November 1836 much to the surprise and relief of his family who thought him dead.

There is a last chapter in the story of Major Mitchell’s party at Lake Repose coming soon.

Mitchell, T. L. (Thomas Livingstone), 1792-1855 and University of California Libraries Three expeditions into the interior of eastern Australia; with descriptions of the recently explored region of Australia Felix, and of the present colony of New South Wales. T. & W. Boone, London, 1839.